Ministerial Meeting with Directors General on Relations with the IMF

Having placed the resumption of relations with the International Monetary Fund (IMF) at the center of his concerns and mission, the Minister of Finance, Budget and Public Portfolio, Rigobert Roger ANDELY, alongside with the Minister Delegate for the Budget, Ludovic NGATSE, received on Wednesday, 2 June 2021, in the meeting room of the said Ministry, the Directors General under his supervision to discuss views on Congo's relations with the IMF.

During this meeting, he listens the presentations of his various collaborators on the state of relations with the IMF and the reasons behind the slippage of the three-year programme concluded on 19 July 2019 in Washington DC (USA) with the International Monetary Fund as part of the Extended Credit Facility (ECF).

In response, he recalled the firm political commitment of the President of the Republic and the Government to relaunch relations with the IMF under the programme signed in July 2019. He went on to stress the need to send strong and credible signals to the national and international community through concrete actions. Thus, the rectifying Finance Law being prepared, will be in line with the requirements of the said programme. Similarly, from now on, debt servicing will be ensured, with a view to normalizing relations with all creditors, especially external ones. The audit of the domestic debt and its validation by the approved Cabinet will be accelerated in order to quickly integrate the data for 2019 and 2020, with the aim of processing it under the programme to be negotiated with the IMF. From the preliminary discussions he had with the Ministry in charge of social security, it emerged that an effort must also be made to pay retirement pensions and he announced that CFAF 11 billion had been released on the instructions of the President of the Republic for the payment of these pensions.

Minister Rigobert Roger ANDELY reminded the audience of the two major issues that need to be addressed urgently to make the Congo's debt sustainable, namely the debt owed to the Chinese partner and the debt contracted with oil traders. He said he was fully committed to these two issues and had the full support of the President of the Republic and the Government for this.

Finally, he urged all the agents of the Ministry of Finance to work hard towards this objective of reviving relations with the IMF. 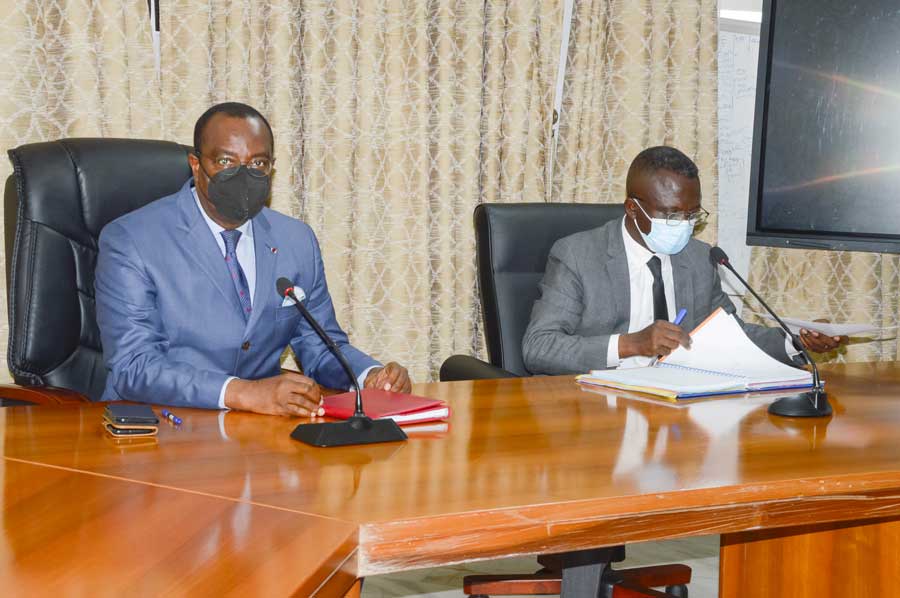