From Tuesday 3 to Friday 6 August 2021 in Brazzaville, more than 80 agents of credit and microfinance institutions will be undergoing, face to face and by videoconference, a training on the Information of declarations file of Overall Effective Rates (TEG) and on the Extension of the calculation of TEG to Microfinance Institutions (MFI).

Oganised by the National Economic and Financial Committee of Congo (CNEF), the training was opened by Michel Dzombala, its Secretary General, and National Director of the Bank of Central African States (BEAC). Two themes will be discussed, namely: the presentation of the Nomenclature of Activities of Afristat Member States (NAEMA), and the Intelligence of the TEG declaration file.

"In order to create the conditions for optimal development of the credit market, the authorities of the Economic and Monetary Community of Central African States (CEMAC) adopted, in October 2012, two Community Regulations, harmonising and framing the calculation of the Effective Global Rates and the repression of usury in the sub-region. The ultimate objective of these two legal texts was to protect borrowers by ensuring greater transparency. This objective should be achieved through harmonising and sanitising practices in order to contribute to the effective reduction of credit cost," Michel Dzombala said.

Since the first half of 2017, the CNEF has published a press release signed by the Minister of Finance, Budget and Public Portfolio every six months, indicating the average interest rates charged during the previous six months, as well as the usury thresholds applicable for the current six-month period.

Taking stock of the first four years of TEG practice since 2017, a balance sheet that will be widely presented and debated by the participants in this training, Michel Dzombala noted a significant improvement in the time taken to transmit declarations and a downward trend in overall TEGs, linked to the multiplication of checks on credit costs by the CFEB teams. "However, according to Michel Dzombala, the various controls continue to reveal shortcomings in the display of bank conditions in certain bank branches, as well as in the reliability of certain declarations. Similarly, the speaker observed 'a virtual absence of inclusion of the TEG in loan agreements, except in agreements for amortisable loans. Moreover, he continued, "the TEGs calculated by several banks do not take into account all the elements that should be included in their calculation, in particular insurance costs and ancillary costs (mainly the costs of registering agreements and mortgages with the tax authorities)".

The Secretary General of the CNEF took this opportunity to announce that the deadline for all credit institutions (or banks) to comply with the new provision on the calculation of the TEG is 22 September 2021.

It should be noted that the opening of this training took place in the presence of Ursel Dominique Tsono Ndzalé, Adviser to the Minister Rigobert Roger Andely, in charge of Finance, Budget and Public Portfolio, on financial and bank institutions. 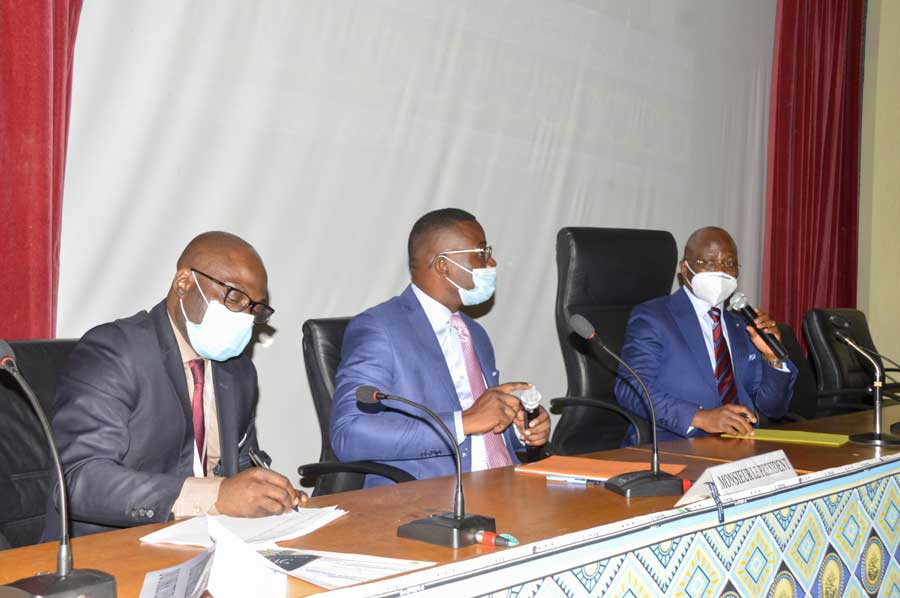