Submission of the preliminary report of the GABAC evaluation mission
25 Jun, 2021

On Friday 25 June 2021, Sylvain Lékaka, Director of Cabinet of the Minister Delegate for the Budget Ludovic Ngatsé, received in Brazzaville the preliminary report of the mission called "on-site visit of the mutual evaluation process of the 2nd cycle of Congo" from the Action Group against Money Laundering in Central Africa (GABAC).

The head of mission of GABAC mutual evaluation process in Congo, Etienne Tabi Mbang, summarised the report to the press as follows:

"Congo's system, like that of all States, necessarily has a number of strengths, a number of positive elements. And as for many States, there are certainly aspects of Congo's system on which elements have been identified and which could be improved.

At this point, we are still only at the level of the preliminary report. We have presented to the Congolese authorities the initial findings of the peer review mission. This preliminary report identified the strengths and weaknesses. It was above all a question of assessing the effectiveness of the mechanism. Because, in the mutual evaluation of States, there are two aspects that are taken into account. There are aspects of technical compliance and aspects of effectiveness.

As a first step, the mission audited the system and the regulatory corpus of Congo. This is the aspect relating to the technical compliance of Congo's system, which does not seem to pose many problems, insofar as it is based on the system of Central African Economic and Monetary Community (CEMAC). The CEMAC system is itself based on the international system, namely the standards of the Financial Action Task Force (FATF). There were therefore no major problems in terms of the country's technical compliance with regulations.

What had to be evaluated during these three intense weeks was to meet all the stakeholders in the State and Son-State sector: the private sector, regulatory bodies, banks, insurance companies, mobile telephone companies, associations, ministries, etc., to see to what extent these various state and non-State bodies are effectively implementing the regulatory corpus that is planned. This is the analysis of effectiveness.

And it is through this analysis that the team of evaluators is carrying out an analysis that will lead to a rating of the country's system.

As I told you earlier, all countries have strengths and weaknesses in their systems. This is a function of the nature of the country's economy, the global environment, the border risk with the neighbouring country, and a certain number of sociological, political, economic, financial and geographical elements, etc.

After the submission of this Report and the preliminary findings to Congolese authorities, the work will continue for some weeks and months. The authorities may provide additional information. And then, in a few weeks' time, a face-to-face meeting will be held here in Brazzaville, when the Final Pre-Report will be written. The evaluators will present this document to Congolese authorities. There will be a face-to-face discussion between Congolese authorities and the team of evaluators supported by GABAC. At the end of this face-to-face meeting, the Report will be discussed at the GABAC Technical Commission. After its adoption, the Report will then be presented to the rest of the international community, within the framework of the plenary of the Financial Action Task Force, which is the global coordinating body for the fight against money laundering and terrorist financing”.

At the end of the three-week mission, known as the "on-site visit of the mutual evaluation process of the 2nd cycle of Congo", which began on 7 June and ended on 25 June 2021, the evaluators noted that "no case of collection of funds for terrorist purposes has been detected in Congo-Brazzaville". 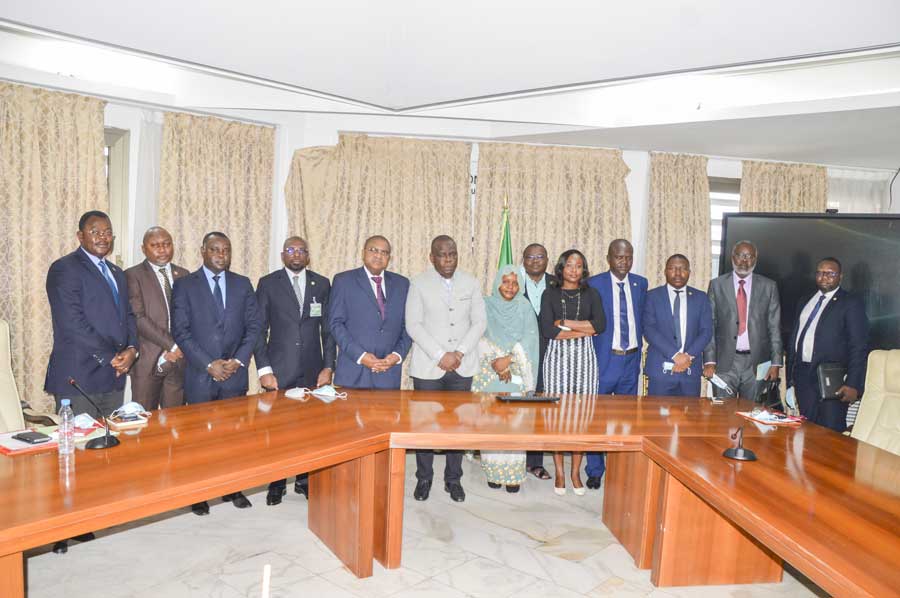