The Committee held  its ordinary meeting  on July 12, 2018 in Brazzaville, under the chairmanship of honourable Calixte Nganongo, Minister of Finance and Budget.  The meeting was also attended by  Mrs. ingrid  Olga Ghislaine Eboucka- Babackas, Congolese Minister of planning, statistics and regional integration, Abbas Mahamat Tolli , Gouvernor of the Central African States Bank  and  Michel Dzombala,  national director  of  the Central African States Bank.

The press release issued at the closing session puts it that the Committee reviewed  the developments of the national and international economic climate.

At the international level, the Committee  noted  the ongoing upturn of the world economic growth in the first quarter of  2018. Taking into account the whole year and according to the latest projections of the IMF, the growth was expected to be 3.9% after reaching 3.8% in 2017.  This result is particularly due to the recovery in investments in developed countries,  the strengthening of the world trade  and the commodities  price increase.

At the national level, the Committee  noted a slight upturn of the economy in the first quarter of  2018.  In 2018,  the growth rate  of the actual GDP basically backed by  the oil sector  should  be 1.9% after a recession of  2.6 in 2017. As regard prices,  the inflation rate measured on an annual basis should  reach 1.6% against 0.5 in 2017  due to the  quivering of domestic demand along with  the return  of  external inflation.

As regard the budgetary plan,  the Committee noted that  the 2018 budget surplus is expected to reach  5.6% of the GDP.  As a consequence, efforts to mobilize revenues and to rationalize expenditure  should be upheld.

As it reviewed foreign accounts, the Committee  forecasted a possible  significant decrease  of the current account deficit by 1.1 % of the GDP in 2018 against 2.8 %  in 2017.

Regarding the capital market, activities were characterized  by a better access to Congolese banks for the refinancing of the Central Bank following  the implementation of  the new operational system  of the monetary policy , by the increase of the Congolese treasury activities  on the  open subscription  gilt bonds market.

Press Department of the Ministry  of Finance 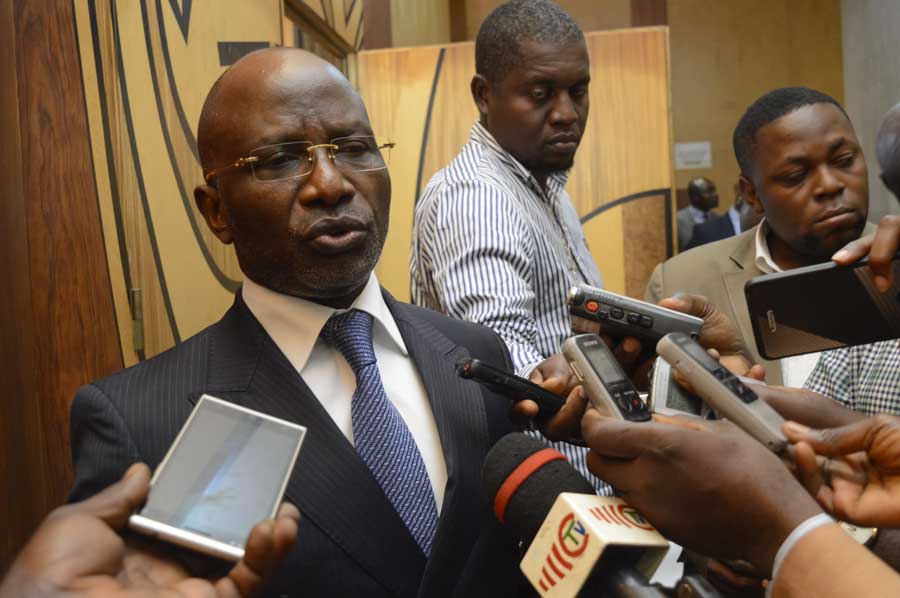