Ordinary general meeting of the Bank of the Central African States (BDEAC) - The participants adopt the 2017-2022 strategic plan to back up the economic diversification of states.

The first aim of the strategic plan examined and adopted in the Congolese capital city first is to back up the countries of the sub-region of Central Africa so that they diversify their economies by investing in other sectors like agriculture, cattle breeding, fish farming and agro-industry rather than in the oil sector.

The meeting held in Brazzaville also approved the accounts of the fortieth financial year of BDEAC closed on December 31, 2016. In this regard, the shareholders took note of the development of the main management indicators, particularly of the Bank Net Product which rose by 12% last year.

The other item of the agenda examined by the participants was the annual report of 2016 of this community financial institution. According to the report, important achievements have been made, particularly in the financing of projects and in the policy of mobilization of resources. As regard financing, they noted that disbursements for the projects picked up by 148 billion CFA francs from 55 billion CFA francs in 2015(this represents 93 billion CFA francs more). As regard the policy of mobilization of resources, the ordinary general meeting hailed the signing of a loan agreement between the BDEAC and the Development Bank of China. The loan amounts to 40 million euros for the financing of small and medium businesses of CEMAC.

At the meeting, the general meeting approved the participation of Morocco in the capital of BDEAC and encouraged of non member countries of the CEMAC community to follow the example of Morocco so as to streng-then the south-south cooperation in general and the inter African one in particular.

Finally, the participants approved the appointment of two new administrators and of a new auditor of this sub-regional integration bank.

It is worth noting that the meeting held in the capital city of Congo brought to an end the term of office of the Equatorial Guinea minister, honourable Miguel Engonga-Obiang Eyang, as chairman of the general meeting of BDEAC in accordance with the decision taken at the 13th ordinary session of the conference of Heads of States of CEMAC, to appoint the Chadian president, honourable Idriss Deby Ipno, as chairman of the community. As a consequence, the successor of the Equatorial Guinean minister will be his counterpart of Chad, honourable Christian Georges Diguimbaye, who took over at the closing session of the meeting, that is the pins and the documents of the BDEAC. 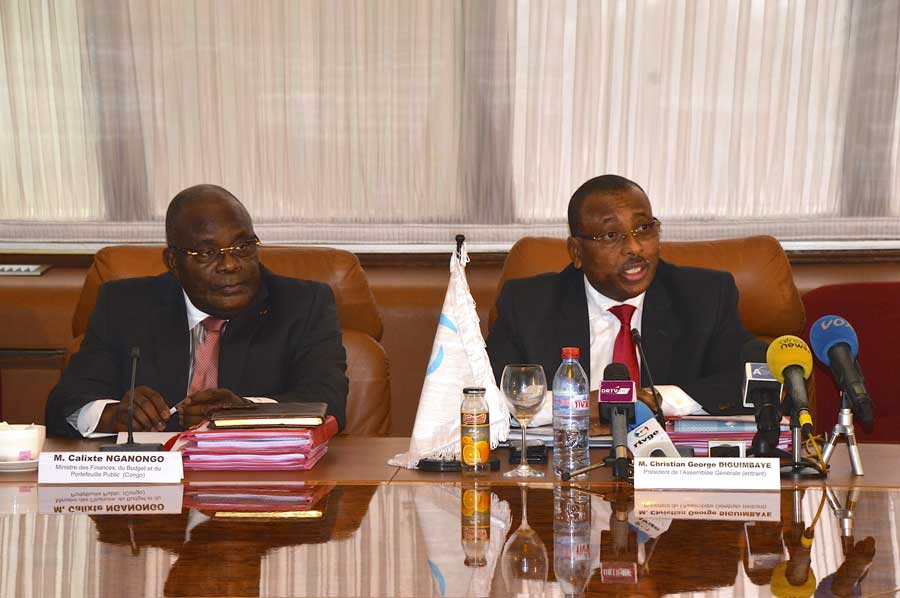