Preparation for the meeting of the franc area in Brazzaville- Minister Calixte Nganongo and Ambassador Bertrand Cochery talk about matters of bilateral interest.

On Wednesday, March 21, 2018, the Congolese Minister of Finance and Budget, honourable Calixte Nganongo, had talks in his office with the Ambassador of  France to Congo,   Bertrand Cochery, in Brazzaville (Republic of the Congo).

The Ambassador was with Mrs. Catherine Dumarche, Economic adviser at the French Embassy and Mr. Lionel Cafferini, director of the French Development Agency (AFD) in Congo. The French diplomat and his interlocutor discussed on matters of bilateral interest that may be addressed at the next council of ministers of the franc area scheduled to take place in April 2018 in Brazzaville.

Among the  matters to be addressed, let us first mention the stage of negotiation between the Congolese government and the IMF, notably the debt consolidation, as well as the implementation  of the recommendations of the latest council of ministers of the franc area, which took place on October 5, 2017 in Paris (France) on widening the cost base, the publication of special tax arrangements and the refund

of VAT credits to companies. The third matter they discussed on was the Congolese  arrears owed to French companies and the certification of the debts resulting from  those arrears. They also discussed on making easy and transparent financial channels existing between the Bank of the Central African States, the Congolese treasury and the French development Agency (AFD, and on the next meeting of the piloting and follow up committee on debt relief, along with the training of the officers of the Ministry of Finance and Budget. 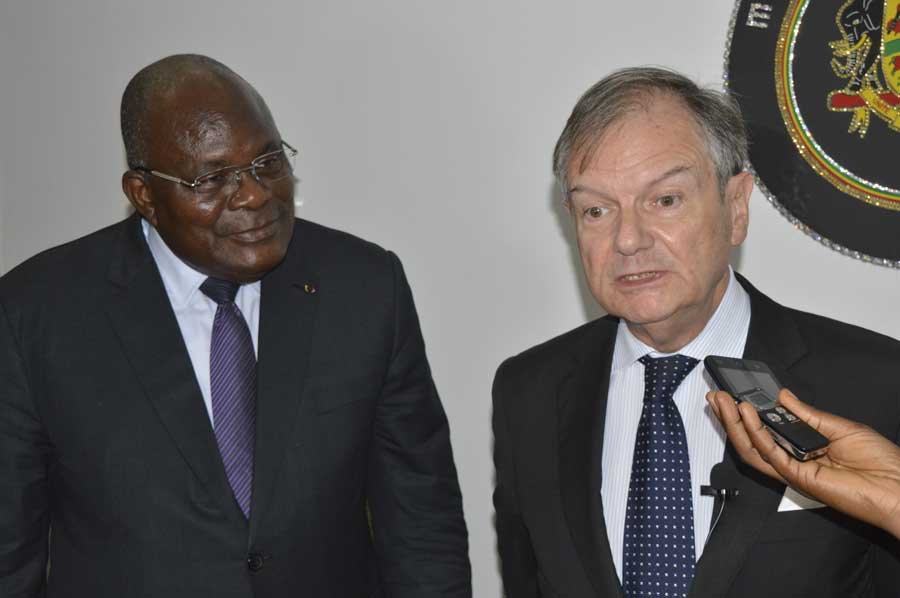