Presentation of the 2022 Amending Finance Bill to the Parliament

On Tuesday 19 July 2022 in Brazzaville, the Minister of Finance, Budget and Public Portfolio, Rigobert Roger Andely, presented separately to the National Assembly (chaired by Isidore Mvouba), then to the Senate (headed by Pierre Ngolo), the 2022 Amending Finance Bill.

The Finance Bill, presented in a context marked by the Covid-19 crisis and the war between Russia and Ukraine, provides for CFAF 2,825,058 million in revenue and CFAF 2,049,250 million in expenditure. The projected fiscal revenue and expenditure take into account macroeconomic assumptions, the various measures taken by the Government to increase tax and non-tax revenue, as well as to make public spending efficient.

The general orientations of the Amended Finance Bill, call for a gradual fiscal consolidation, while increasing spending on social assistance, health, education and infrastructure. These strategic objectives concern, in particular: maintaining the balance between supporting an economic recovery and safeguarding debt sustainability; mobilizing revenue and rationalizing subsidies induced by the increase in energy prices; and implementing the Resilience Plan adopted by the government, with a view to ensuring support for priority sectors of the agri-food industry.

With a view to supporting the recovery and strengthening the resilience of the economy, the government intends to continue implementing targeted fiscal policy measures, which focus on the efficiency of collection and securing of public revenue; rationalization of public spending and debt control.

With the continued implementation of measures aimed at improving the capacity to mobilize tax revenue, the fight against fraud and tax evasion, as well as the reduction of non-conventional exemptions, tax and customs revenue would amount to CFAF 714.215 billion, This resulted in a negligible tax burden of 1.86%, partly due to measures taken by the government as part of the economic resilience plan to deal with the risk of a food crisis.

Donations, bequests and contributions, as well as social security contributions did not vary from the initial finance law and remained at CFAF 37 billion and CFAF 73 billion 753 million, respectively.

With regard to the Government's subsidy measures to deal with the energy crisis, 173 billion 607 million CFAF should be disbursed (including 123 billion 207 million for fuel, 9 billion 100 million for gas, and 41 billion 300 million for electricity).

Rigobert Roger Andely said that “the policy of subsidies is the prerogative of rich countries. But the Congolese State has decided to do so to spare the population from soaring prices. The State thus fully covers the additional costs”. 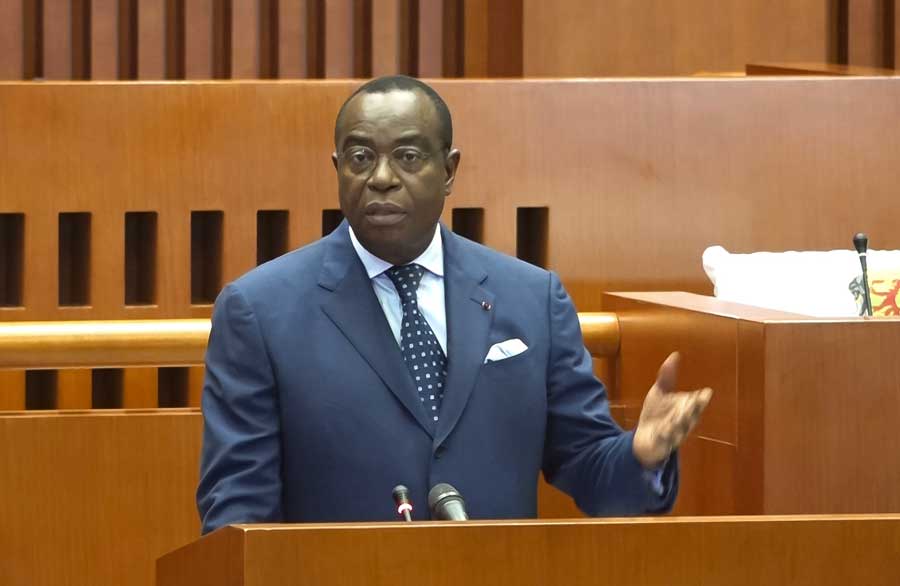