On Thursday August 17,2017, the Minister of finance, budget and public portfolio, honourable Calixte Nganongo met with Mr. Lorenzo FIORILLO, the general manager of ENI Congo, an oil company. The purpose of the meeting was to have an exchange of views on the implementation of the project for the building of a third turbine for the Centrale Electrique du Congo(CEC).

As regard the expansion of its activities, the CEC handed over a project for the operation a third turbine to the Congolese Head of State, His Excellency Denis SASSOU NGUESSO in November 2016. The use of the turbine will enable the plant to produce 450 MW.

The hearing was an opportunity for the Minister of finance to make it clear to ENI Congo the type of partnership that his department is expecting to have between the two parties. The Minister of finance laid specially the stress on the training in immersion of civil servants within the framework of the project. The talks were fruitful and enabled to elaborate on the contents of the agreement which will be signed between ENI Congo and CEC as regard the financing of its expansion project.

It is worth mentioning that CEC is a public limited company with a board of directors. 80% of its capital is detained by the Congolese state and 20% by ENI. 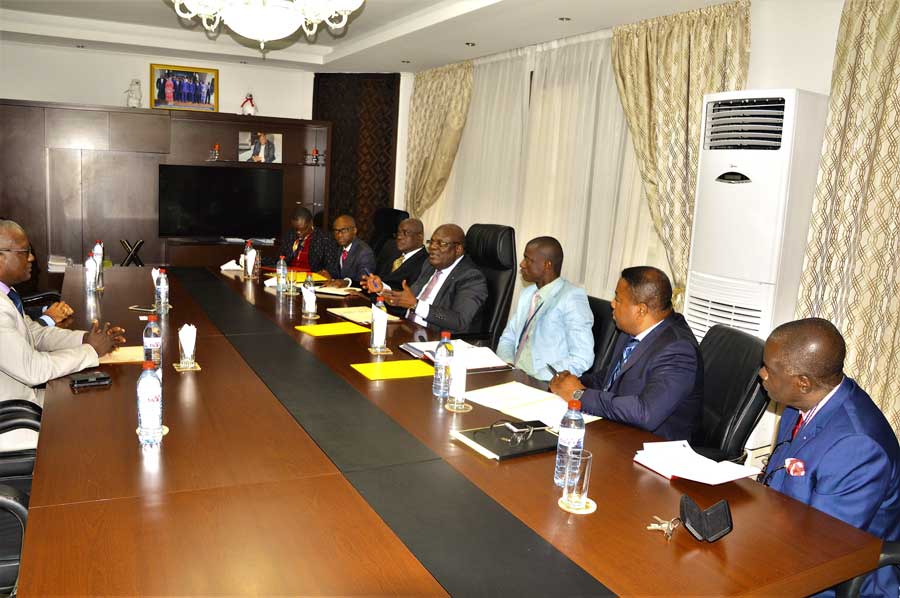