Stakes of the 5th China-Africa Forum in Brazzaville

Monday, September 9, 2019, Calixte Nganongo, Congolese Minister of Finance and Budget, received in audience the Chadian Jean-Claude Tchatchouang, representative of 23 countries including Congo on the Board of Directors of the World Bank Group.

The two men discussed issues related to cooperation between Congo and the World Bank, as well as the 5thChina-Africa Forum co-organized from 10 to 12 September 2019 in Kintélé (northen suburb of Brazzaville), by China, Congo and this Bretton Woods institution.  The theme of the Forum is “The diversification of African economies and job creation are crucial for the future of the continent”

“I came to Congo on a consultative mission, but also for the 5thForum: Invest in Africa”, he told the press after the audience.

Regarding the stakes of the meeting held in the Congolese capital, the host of Minister Calixte Nganongo said that Africa, over the past two decades, has had a positive growth. But this growth, in his opinion, did not create the jobs expected. “That is why the Brazzaville Forum's issues focus on employment and economic transformation. Africa remained in a growth model based mainly on the export of its raw materials. So we are talking about exploring new mechanisms to diversify this economic growth by involving the private sector. This is the issue of the discussions that will take place in Brazzaville”, he concluded. 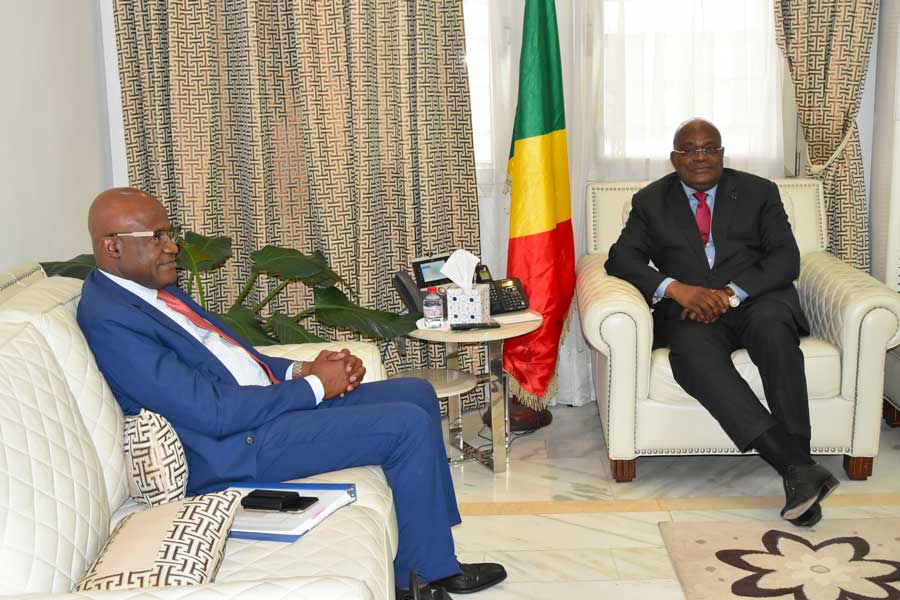