On Monday, February 12, 2018, the government  of Congo and the World Bank signed a financing agreement , through the Japanese Fund for social development  for the implementation of the support project for sustainable means of support in the department of Pool.

The project was finalized in 2016 and had been negotiated with the World Bank by the High Commission  for  insertion of ex-combatants, following the many armed conflicts which have seriously damaged the social and economic  fabric of the department of Pool.

The documents of the agreement had been signed by the Congolese Minister of Finance and Budget, honourable Calixte Nganongo and the resident representative of the World Bank in Congo, Djibrilla Issa, in the presence of the Minister of State, Minister of Agriculture, husbandry and fisheries, Henri Djombo,  and her colleague of the  social and humanitarian action, Antoinette Dinga Dzondo.

The project amounts to 2 million 750, 000 US dollars (1 billion 375 million  CFA francs) and is intended for vulnerable people of the following  three districts: Goma Tse-Tse, Mindouli and Kinkala. It will take five years and later on cover the remaining 13 districts of the department of Pool.

The  representative of the World Bank  said that «the project will be coordina-ted by the High Commission for reinsertion of ex-combatants, the main government body in charge of the implementation of the project. The  Commission  will work  with  the support project unit for the development of commercial agriculture , which has the required capacity to speed  the implementation of the project. It will also work closely with  public sector bodies operating in the department of Pool and in the districts targeted, in order to introduce heuristic approaches  of community development, which may be duplicated  by local institutions afterwards».

It is worth mentioning that  the financing  agreement was concluded after the signing  of the peace agreement  on Saturday, December 23, 2017 in Kinkala, between the government  and the resistance movement of Pastor  Ntumi.  Djibrilla Issa said that  the restoration of peace  is a sine qua non  condition for fighting poverty and  of shared prosperity which are part of the double objective of the World Bank Group.

Minister Euloge Landry Kolelas, High Commissioner for reinsertion of ex-combatants, further said : « Kinkala peace agreement  greatly contributes to appeasement and  coming back of populations to their respective communities. Likewise,  the cease fire agreement is a real asset  for the implementation of the project based on the following relevant documents :  the environmental and social management framework, the project document, the government acceptance letter and  the procedure manual».

The Minister of Planning, Statistics and Regional Integration, honourable Ingrid Olga Ghislaine Ebouka-Babackas, governor of the World Bank for Congo, reminded that the Japanese State donation is an additional testimony of solidarity towards Congo.  As a proof, let me mention the donation of 93,000 dollars (500 million CFA francs) provided by Japan in November 2017, for the management of school through the World Food Program. 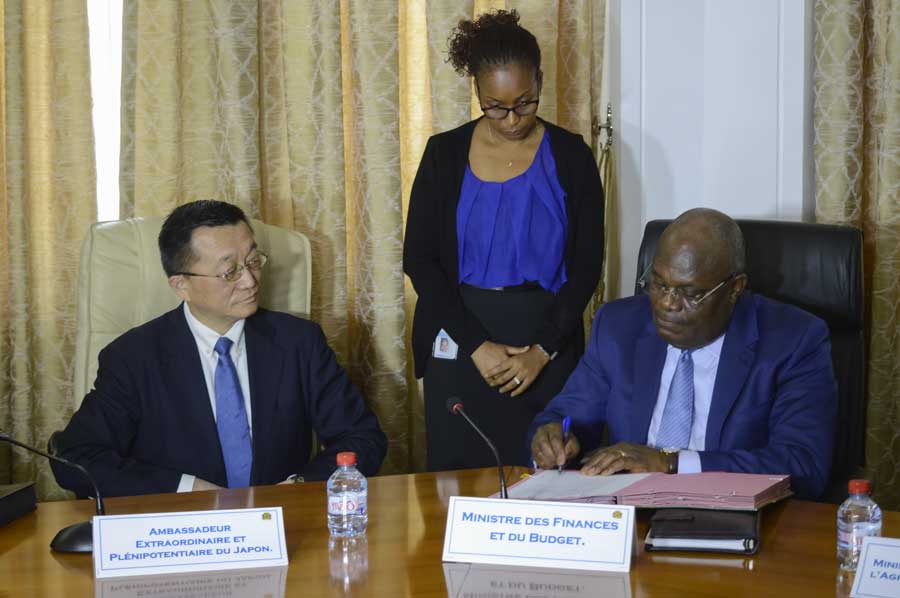