"The three tax hotels will be operational by August 2021 in Brazzaville," Minister Ludovic Ngatsé says.
11 Jun, 2021

On Tuesday 8 and Friday 11 June 2021, the Minister Delegate in charge of the Budget, Ludovic Ngatsé, visited the three sites of the Tax Houses under construction since last January in Brazzaville. In the company of Ludovic Itoua, Director General of Taxes and Estates, and Médard Calixte Tabangoli, Director General of the Postal Bank of Congo.

Construction work on the Makélékélé Hotel (R+3), in the 1st district, is 95% complete. Those of the Hotel of Mfilou-Ngamaba (R+1), in the 7th district, are completed; only the furnishing of the offices remains. The 3rd building site, that of Talangaï (R+2), in the 6th district, has been slightly delayed, but is being executed normally.

At the end of this round, the Minister Delegate for the Budget, visibly satisfied overall, gave his impressions to the press and explained the merits of these hotels. "By August 2021, the three hotels will be inaugurated, he said. Their construction is part of the modernization of the working conditions of agents of the financial authorities. These agencies are providers, to 80%, of domestic budget revenues (customs, tax and other ...). However, these results cannot be achieved without a better working environment. Also, the fact of grouping in one place the services of the Tax, Customs, Treasury, as well as the Postal Bank of Congo (BPC) in charge of collecting the State's revenues, will allow to limit fraud and corruption, at the same time as it will guarantee transparency and traceability", Ludovic Ngatsé said.

The Minister Delegate also said that the construction of tax hotels is only one step in the process of digitizing the operations of financial authorities. In other countries, taxpayers are no longer obliged to go to a tax office to pay their taxes to the State. It is enough for him to do it by his telephone, the whole is collected in the account of the Treasury domiciled in the BPC and the Central Bank. This reality is no longer far away for Congolese taxpayer. 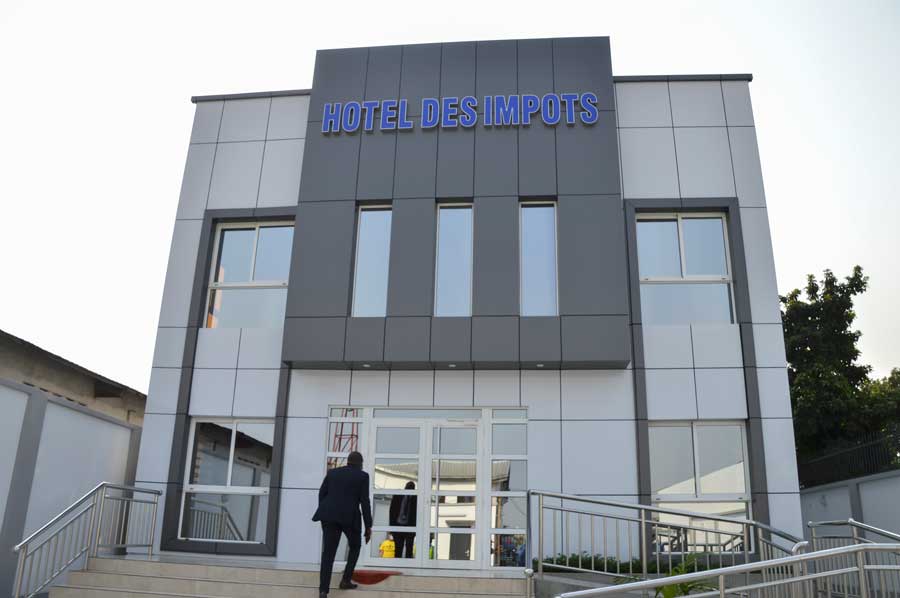