The US diplomat Todd Haskell was received for the first time since his arrival in Congo-Brazzaville, on Friday, December 28, 2018, by the Minister of Finance and Budget, Calixte Nganongo.

It was a good opportunity for Todd Haskell to discuss not only the cooperation between the US diplomatic mission and the Congolese Ministry of Finance, but also and especially the investment opportunities in Congo-Brazzaville. “Congo is a rich country. The most important sector of investment is oil. There are american companies already working on it and I am working to get new companies in, he said”, In addition to oil, the United States has invested in Congo, in industry, particularly through the MINOCO company (Minoterie du Congo), based in Pointe-Noire.

Todd Haskell did not fail to urge the Government of Congo to improve Congo's position in the Doing Business ranking, to attract more US investments and thus help Congo diversify its economy.

Indeed, for several years, Congo continues to drastically drop in the ranking “Doing Business” published each year by the World Bank Group. In this ranking which is based on a number of doing business facility indicators, this country moved from 177th worldwide (out of 190 countries) in 2017 to 179th rank in 2018. And projections for the year 2019 for the rank 180th in the world.

Note that the improvement of the business climate is part of the requirements of the International Monetary Fund (IMF), an institution in which the United States has a great influence, and with which Congo-Brazzaville wants to sign a triennal financial Agreement in 2019, in view of restoring macroeconomic balances. 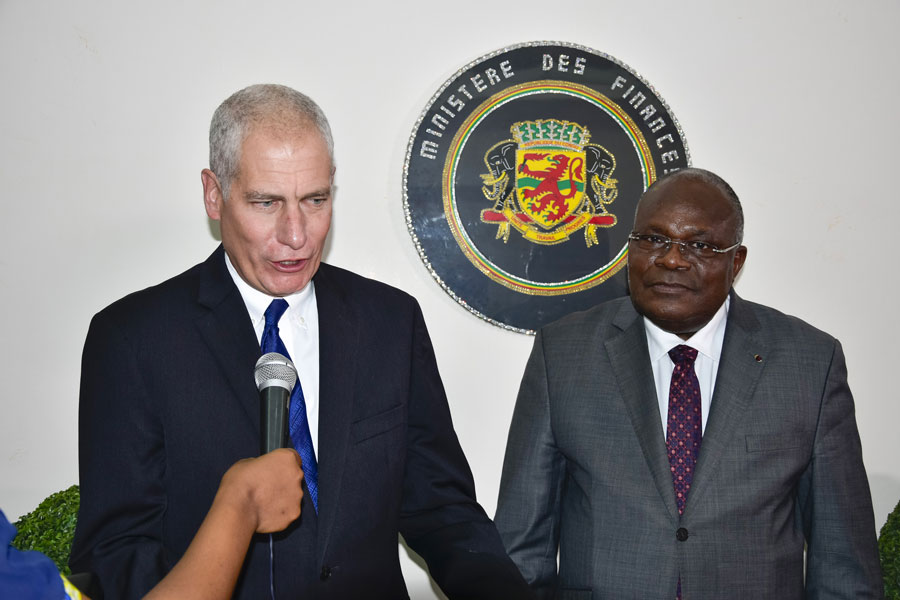