Minister Ngatse meets the financial boards’execuives of Pointe-Noire and Kouilou
30 May, 2020

The Minister of State, Minister of the Economy, Industry and Public Portfolio, Mr Gilbert Ondongo, Chairperson of the Task Force, and his colleague, Minister Delegate to the Minister of Finance and Budget, in charge of the Budget, Mr Ludovic Ngatsé, carried out a working mission to Pointe-Noire on 29 and 30 May 2020.

For the two members of the Government sitting on the Task Force, it was a question of exchanging with the port community and other economic operators on issues related to the effective revival of economic activities, in view of the difficulties caused by the 47 days of total containment due to the COVID-19 coronavirus pandemic which is hitting almost all the countries of the world.

After two working sessions conducted together with the Chairman of the Task Force, the Minister Delegate to the Minister of Finance and Budget, in charge of the Budget, Mr. Ludovic Ngatsé took advantage of this working mission to maintain the executives of the financial authorities of the Departments of Pointe-Noire and Kouilou.

During this fruitful exchange held away from the cameras and microphones, Minister Ludovic Ngatsé clarified the vision, reforms and expectations of the Government in general and the Ministry of Finance and Budget in particular, despite the current context of health, economic and social crisis. Thus, the executives have raised and reported to the minister, important concerns about the total recovery and the proper functioning of financial institutions. 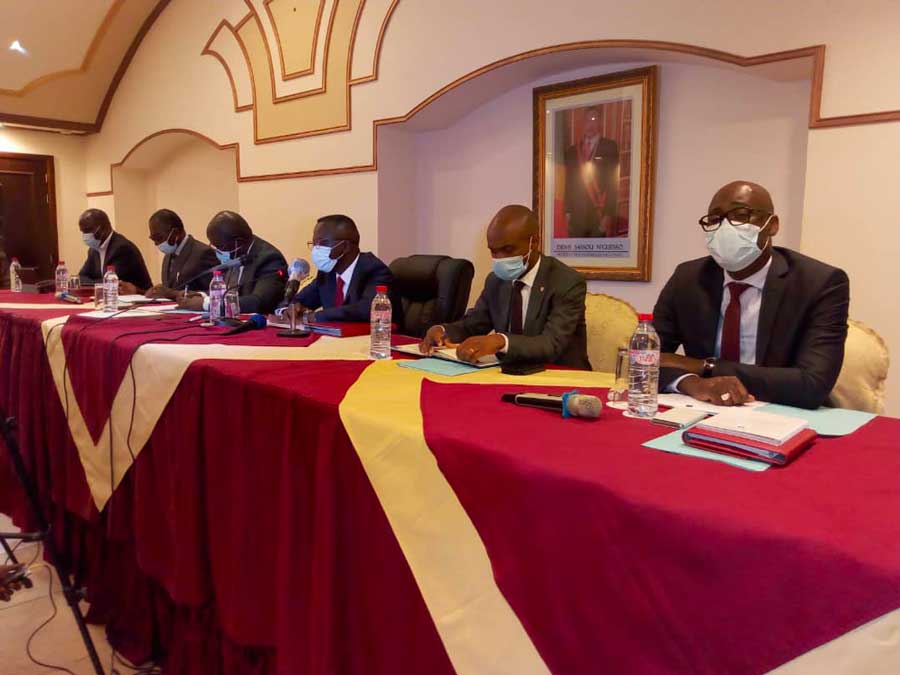