The free movement of goods and people and the abolition of roaming charges expected from 2021.
18 Dec, 2020

The 12th ordinary meeting of the Steering Committee (COPIL) of the Economic and Financial Reform Programme of the Central African Economic and Monetary Community (PREF-CEMAC) took place on Friday 18 December 2020 by videoconference from Brazzaville (Congo). Under the auspices of its president, Gilbert Ondongo, Congolese Minister of State in charge of the economy, industry and public portfolio.

According to the final Statement of the work which covered 8 points on the agenda, the participants asked the CEMAC Commission to ensure the effective and rapid implementation of the remaining measures, in particular: the free movement of goods and people, latest in the first half of 2021 throughout the CEMAC area, and the abolition of roaming charges latest in the first half of 2021.

Questioned by the press on this subject, Gilbert Ondongo put emphasis on the fact that "we must have free borders. The cumbersomeness observed in two of the six CEMAC countries that are dragging their feet is pure and simple bureaucracy. We are working to put an end to this bureaucracy’’.

Regarding the Unified Central African Stock Exchange, the president of COPIL said "it is being set up. There are operations that are taking place. Congo and Equatorial Guinea have already sent the list of companies that can be listed on the stock exchange’’.

With regard to the 84 CEMAC projects that were presented at the Paris Round Table in November 2020, and which require funding of 3 billion 800 million euros, Gilbert Ondongo said that "12 projects have been sorted and declared priorities, because we can't embrace everything. These include the Congo-Gabon; Congo-RCA and Congo-Chad Road; the project to build a joint Congo-Gabon University and the Cholé Dam". 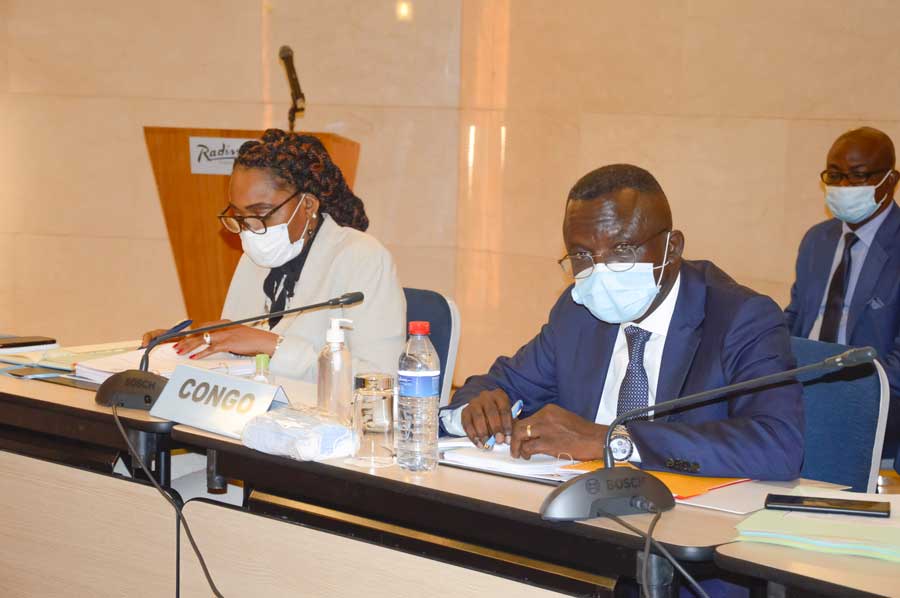