3rd round of negotiations between Congo and the IMF- «the conditions are met for the signing an agreement» says Minister Calixte Nganongo.

The 3rd round of negotiations between the Congolese government and the International Monetary Fund (IMF) for the signing of a three-year financial and economic programme was opened  on Tuesday, April 3, 2018 in Brazzaville by the Minister of Finance and Budget, honourable Calixte Nganongo.

According to the head of the delegation of the IMF, Abdul Wane  Aziz, the objective of the mission is to finalize the discussions of  previous missions with the technical committee made of various departments of the Congolese government, represented by the special adviser to the Head of State on foreign financing, Lucien Ebata. The outcome of this 3rd round of negotiations will be reviewed at the meeting of the board of the IMF next May in Washington(United States). He declared what follows :« we have gone through all the issues that may hamper the coming back of growth  that the Congolese government is expecting. There are still some issues relating to policy and orientation  that we are going to look at with the Congolese authorities in Brazzaville during our mission», he said..

Among the issues which are going to be reviewed are the mastering of the domestic commercial debt owed to economic operators and governance.

«As regard this debt, we have recruited auditing firms  which are working on the matter. As far as governance is concerned, the two parties  will make the adjustments required  so that all the reports are ready before the mission comes to a close. We think that all the conditions are met for the conclusion of a financial and economic programme so long overdue between Congo and the IMF»,Minister Calixte Nganongo reassured.

Let us remind that  during the second mission of the IMF in Brazzaville, which took place from 5-20 December, 2017, after the one that took place in September the same year), the Congolese government  had been urged to  carry out immediate reforms in the field of governance that would go along  with the setting up of independent bodies to fight corruption, as well as  the setting up and the strengthening of oversight mechanisms of  some public structures.

Press department of the  Ministry of Finance 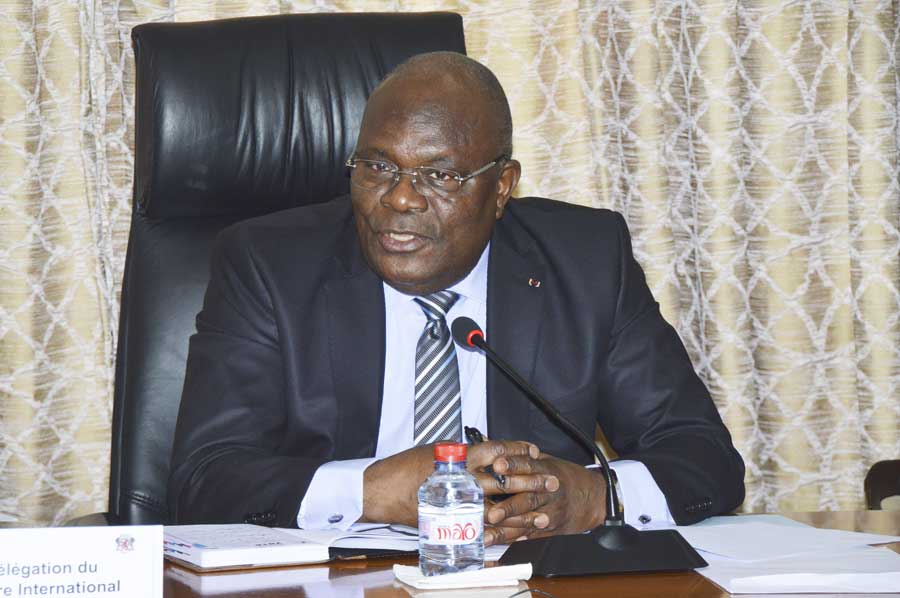