On Monday 14 February 2022 in Brazzaville, the Minister Delegate for Budget, Ludovic Ngatsé, announced the Congolese government's commitment to pay its arrears under the Debt Reduction and Development Contract (C2D) by mid-June 2022.

This was during the 5th meeting of the Steering and Monitoring Committee (COS) of the said contract, held on Monday 14 February 2022 in Brazzaville in the presence of the Chargé d'Affaires of the French Embassy in Congo Louis Berthelot, and the Mayor of the city, Dieudonné Bantsimba.

Indeed, “this commitment by the government will allow the continuation of projects registered under the C2D, as non-payment of these arrears would bring the process to a halté”, Minister Ngatsé said. Louis Berthelot added: “These arrears, amounting to 56.5 million Euros, i.e. 37 billion CFA francs, were included in the agreement on the deferment of the debt, signed between the Republic of Congo and the French Republic in December 2020. If these sums are not repaid by next June, the C2D mechanism will be blocked due to a cash shortage in the C2D account, leading to the cessation of activities... this scenario must be avoided at all costs”.

The first C2D project financing contract was launched in 2010, while the second was launched in 2014. 229 million (CFAF 150.2 billion), allocated to projects in strategic sectors such as infrastructure, human capital development, the environment and agriculture.  The C2D is implementing 13 projects.

The assessment presented during this 5th meeting indicates that some projects have been completed; others have not.  The participants agreed to meet once a year at the COS meeting and once a quarter at the Bilateral Technical Committee (BTC) meeting. This is to report on the implementation of the projects, highlight progress, and follow up on the recommendations (including the recruitment of a Congolese project monitoring firm).

It should be noted that the participants intend to reduce the gaps between two COS meetings. For example, four years have passed between the 4th meeting (held in 2018) and the 5th meeting in 2022! 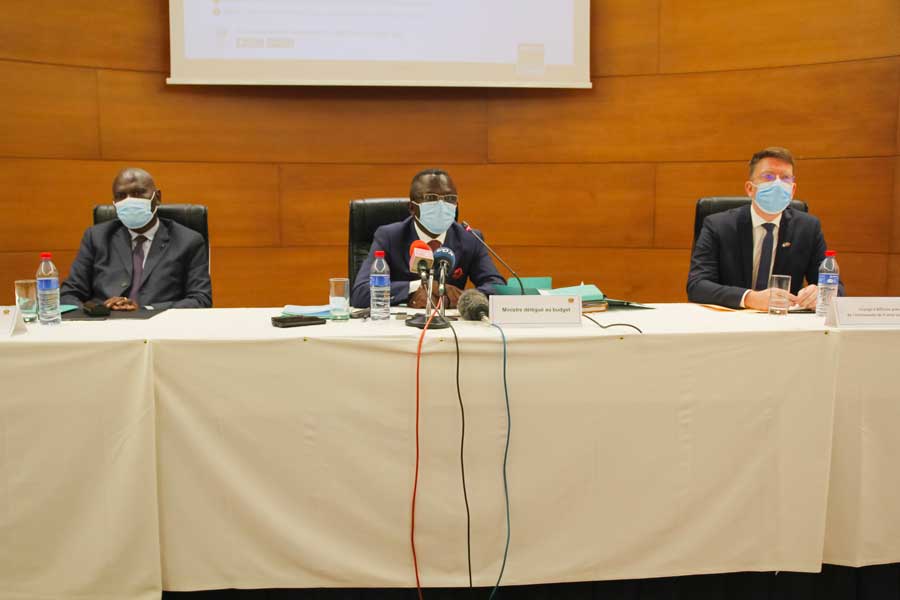