Audience at the Ministry of Finance and Budget

The Minister of Finance and Budget, Calixte Nganongo, and his colleague in charge of the Budget, Ludovic Ngatsé, received on Tuesday, March 2, 2021, in Brazzaville, the first visit of Sylvain Kakou, new representative of the International Finance Corporation (IFC) for Central Africa, seven months after taking office in Douala (Cameroon).

At the end of the meeting, the host of the two ministers was available for questions from the press on the purpose of this visit and the role that this financial institution intends to play in the development of the Congolese economy.

"It was a contact-making meeting. The meeting focused on understanding the issues and priorities of the Congolese government, especially in terms of the role that the IFC could play in supporting the promotion of the private sector in Congo," he said.

"We do not do enough in Congo in terms of support for various reasons. There is a need to help develop the capacity of the private sector. Many of the operators who intervene in this sector are in the informal sector, or are micro or small enterprises, which prevents us from intervening directly. Traditionally, we intervene through financial institutions, such as banks or microfinance institutions, to serve economic operators in the sectors concerned," he underscored.

“We have a new approach, which we came to discuss with the Minister of Finance and Budget, on the need to really understand the dynamics in the economic fabric of Congo, the realities and priorities that would enable us to engage, rather than wait, for projects; to see how we can work on initiatives, value chains, that have a much wider effect or impact to reach a larger number of operators; to receive, not only in terms of capacity development, but also funding for the need of their existing activities or new entrepreneurial activities, through real sectors such as Agriculture, Construction, to name but a few", Sylvain Kakou concluded.

As a reminder, IFC is a financial institution member of the World Bank Group. Created in 1956 and headquartered in Washington (USA), it is the main development institution focused on the private sector in emerging countries. 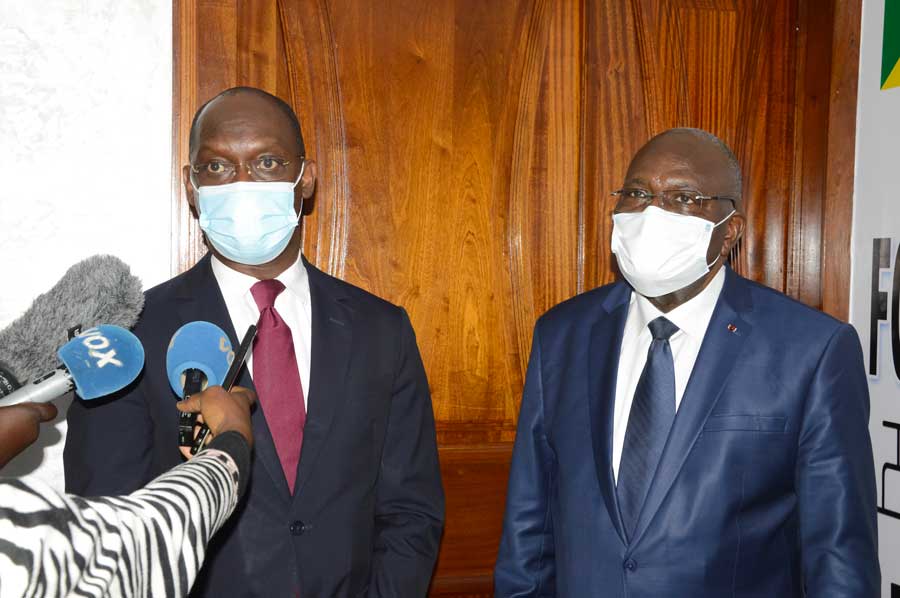