Audiences at the Ministry of Finance and Budget

UNICEF notes a real Congolese political will for the development of every child.

At the end of the audience, Micaela Marques de Sousa, said that her meeting with the Minister of Finance and Budget, was an opportunity for UNICEF to recognize the concern and commitment of the Congolese State and its government in the realization of the rights of every child in this country.

"My visit is part of the good collaboration we have with Congo. Indeed, despite the difficulties that all countries have suffered with the COVID-19 pandemic, on the one hand, but also with the economic and financial crises, on the other hand, the responsibility and commitment of the Congolese government, through the Minister of Finance, have been evident.

The Congolese government has continued to make the necessary efforts to devote a proper share of its budget to the welfare of children.

This shows a real political will to see every child flourish and grow up in an environment where health, protection and education are at the heart of Congo's development," she said.

Congo will chair for one year the General Assembly and the Board of Directors of BDEAC.

The President of the Development Bank of Central African States told the press the following:

"Thanks to the reforms that have been carried out at BDEAC and which were adopted in 2019 by all organs, the presidency of the General Assembly and the Board of Directors is now rotated by one calendar year and in alphabetical order of countries.

In this year 2021, it is the Congo which presides, through the Minister of Finance and Budget, Calixte Nganongo, both the General Assembly and the Board of Directors of BDEAC.

Since we are in the process of closing the 2020 financial year, I have come, on the one hand, to report to him, to present the situation of the Bank, and on the other hand, to discuss with him on the programming of the meetings of the Bank's organs that will be held in the coming days.

Obviously, the priority of the dossiers that will be discussed during these meetings will be the financing of development, both of the private sector and of integrating projects. The next meetings will also be devoted to the analysis and approval of the accounts for the 2020 fiscal year that has just ended".

The Press Office of the Minister of Finance 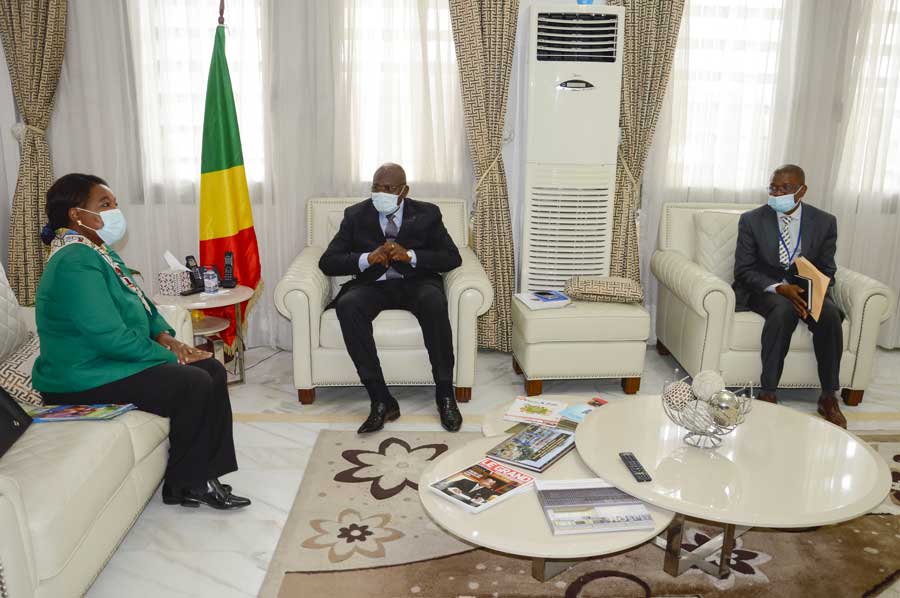