As part of the budgetary orientation debate, the Prime Minister, Head of Government, Anatole Collinet Makosso, presented on Monday 6 and Tuesday 7 September 2021, at conference centre in Brazzaville, respectively before the National Assembly and the Senate, the main options of his Government's budgetary policy for the next three years 2022-2024.

The discussions between the Government and the two Houses of Parliament (presided over by Isidore Mvouba and Pierre Ngolo) is a crucial stage in the process of preparing the State budget for the year 2022, the first year of the above-mentioned period.

At the outset, the Prime Minister outlines the main risk factors that have created budgetary and financial imbalances in Congo-Brazzaville, namely: the economic crisis, the financial crisis and the health crisis due to the Covid-19 pandemic. These factors have had a major impact on the implementation of the three-year programme concluded with the International Monetary Fund (IMF) under the 2019-2022 Extended Credit Facility (ECF). As a result, they have compromised all disbursements expected from the Fund under this programme, including disbursements related to the response to the Covid-19 pandemic.  Anatole Collinet Makosso deplored the lack of assistance from technical and financial partners (TFPs), which has not allowed his government to benefit from sufficient room for manoeuvre to stabilise and relaunch the economy.

Despite this, he noted and praised the resilience and self-sacrifice shown by the Congolese in managing these crises.

Prime Minister Collinet Makosso then presented the priorities of his government's action for the next three years.

Faced with the vulnerabilities of the economy and public finances, Anatole Collinet Makosso committed his government to pursuing a prudent budgetary policy, with a view to re-establishing macroeconomic balances first. Secondly, to ensure the basis for a solid economic recovery.

In this perspective, the Medium-Term Budgetary Framework (MTBF) 2022-2024 will take into account the commitments made by the President of the Republic, Denis Sassou-N'Guesso, who was recently elected in the March 2021 presidential elections. This budgetary policy will focus on the continued modernization of the Tax and Customs administrations; the strengthening of fiscal policy; the rationalization of tax expenditures; and the restoration of the viability and sustainability of the public debt.

According to the Prime Minister, the Medium-Term Budgetary Framework 2022-2024 has been developed on the basis of assumptions derived from analyses of factors likely to influence growth in the long term. He indicated that the projections of economic activity over the next three years reveal an exit from the economic recession and signal that Congo- Brazzaville is entering a phase of sustainable economic growth for the years to come.

The Head of Government noted in particular, in this framework, an average growth rate of 3.6% of the Gross Domestic Product (GDP).  This development, he explained, would be linked to the good performance of activities in the non-oil sector, the fruit of the policy of diversification of the Congolese economy.  According to the Prime Minister, the assumptions for the oil sector show an average change in production of 113.1 million barrels.

Trends in the Medium-Term Budgetary Framework 2022-2024, according to the Prime Minister

"Based on these assumptions, the analysis of the Medium-Term Budgetary Framework 2022-2024 shows the following trends:

The Prime Minister reassured parliamentarians that a rigorous monitoring of budgetary balances will be carried out, especially the basic primary balance excluding oil, which is currently in deficit, and would represent 11.6% on average of gross domestic product (GDP).

For Anatole Collinet Makosso, it will be a question of ensuring that his government is able to improve the performance of the non-oil sector, as recommended in the new 5-year National Development Plan (NDP), currently being drawn up (2022-2026).

To reach this level, the Head of Government announced that his country has relaunched negotiations with bilateral partners and commercial creditors, in order to benefit from new favourable conditions and pursue the objective of making the Congolese debt sustainable and viable.

Finally, he indicated that the coverage of the global deficit of financing of the State budget will be ensured as well by the resources emanating from an expected improvement of the economic situation; as by the restructuring of the public debt as well as by the contribution of the technical and financial Partners.

Recommendations of the Members of Parliament to the Government

At the end of the discussions, the Members of Parliament made some recommendations and suggestions to the Government which include: 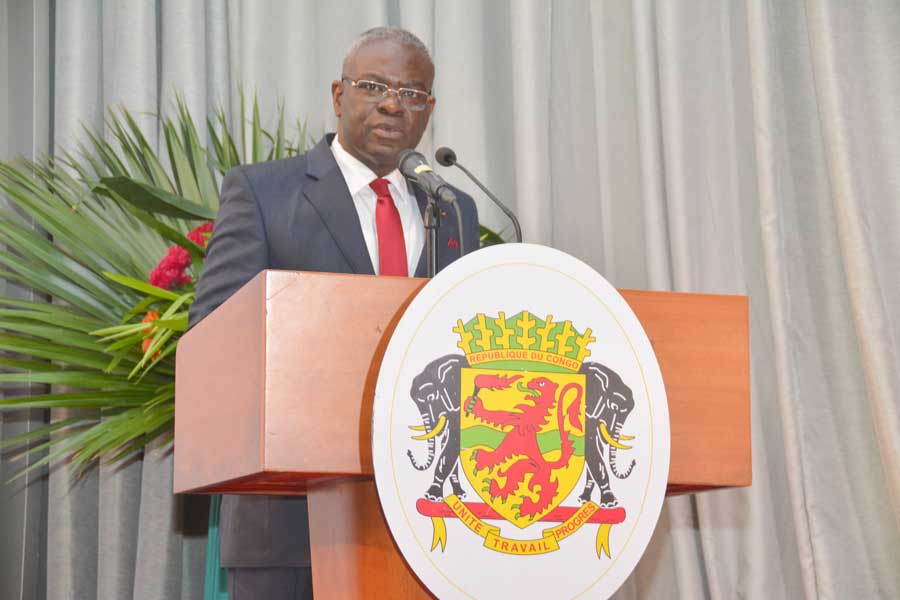