A very good economic and monetary situation, with 30 billion CFA francs in profits!
18 May, 2021

The Congolese Minister, Delegate for the Budget, Ludovic Ngatsé, representing the Minister of Finance, Budget and Public Portfolio, Roger Rigobert Andely, and his colleague from the Economy, Planning and Regional Integration, Ingrid Olga Ghislaine Ebouka-Babackas, participated on Tuesday 18 May 2021 by videoconference from Yaounde, headquarters of the Bank of Central African States (BEAC), in the meeting of the Ministerial Committee of the Central African Monetary Union (UMAC). The meeting was chaired by Cameroon's Minister of Finance, Louis Paul Motazé.

Among other items on the agenda were: the economic and financial situation of Member States of the Economic and Monetary Community of Central Africa (CEMAC) in 2020, and the outlook for the year 2021, the situation of foreign exchange reserves and point on the repatriation of currencies; the monitoring of economic and financial programmes with the International Monetary Fund (IMF); the ratification of the accounts for the year 2020.

Speaking to the press at the end of the meeting, Minister Ebouka-Babackas said, with regard to the ratification of the BEAC accounts, that the situation of this issuing institution is very good. "The BEAC is doing very well, since its own funds have been consolidated by beneficial results," she said.

And her colleague Ludovic Ngatsé added that "these profits are in the order of 30 billion CFA francs, which will allow BEAC to pay dividends to the six member states,".

The two members of the Congolese government took the opportunity to reaffirm that the Republic of Congo, which has just put in place a new government, remains committed to pursuing all the work that has taken place today within the framework of economic and financial reforms in the CEMAC sub-region. 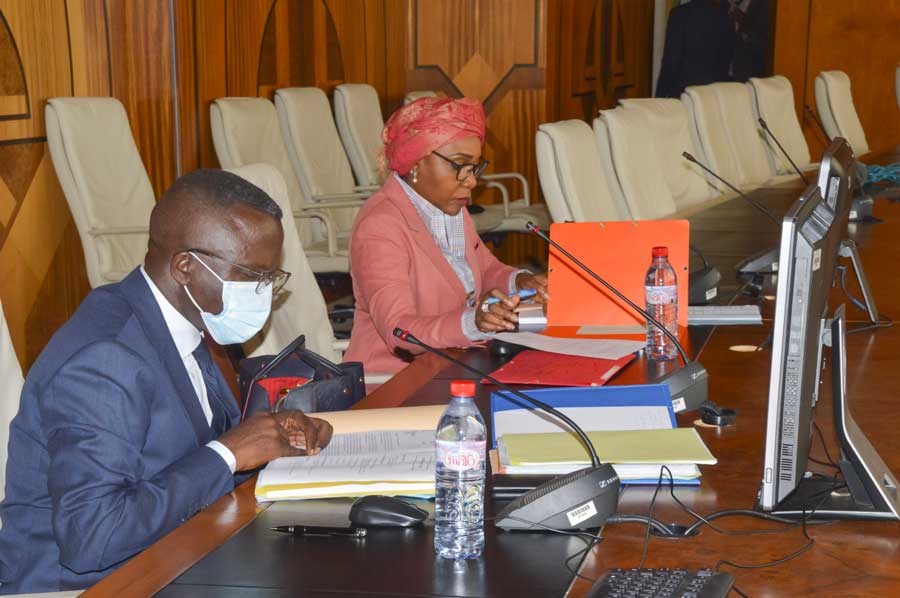