The New General Manager of the Congolese Gambling Management Company (COGELO), Etienne Makosso, was installed in his duty on Monday 18 July 2022, at the company’s headquarters in Brazzaville. The induction ceremony was placed under the auspices of Michel Mongo, Chairman of the Board of Directors, and attended by the outgoing General Manager, representatives of the Prime Minister's Office, the Ministry of Finance, Budget and Public Portfolio, as well as company's officials.

During the ceremony, Michel Mongo symbolically handed over the seal of the General Management to Etienne Makosso, before installing him in his command chair, immediately after the reading of the minutes which presented the state of the company's premises, notably its furniture. Guy Roger Moigni, outgoing General Manager, pleaded for the acceleration of the process of adoption in Parliament of the Bill on gambling, as well as for the set up of a regulatory body for gambling throughout the Congolese territory.

Etienne Makossoa acknowledged the difficulty of the task ahead of him, to get COGELO out of the current crisis. “In this crisis, we can, together, find the solution. I am counting on everyone. I draw the attention of all staff to achieve the objectives of the company”, he said.

It should be noted that the new General Manager took office in a difficult social context, where workers have 12 months of unpaid wages.

The Congolese Gambling Management Company is a limited company (S.A) created in 1991, in which the State is a 90% shareholder and the Congo Assistance Foundation (FCA) a 10% shareholder. Its purpose is to organize betting on horse races, as well as gambling in the Republic of Congo.

The Communication unit of the Ministry of Finance 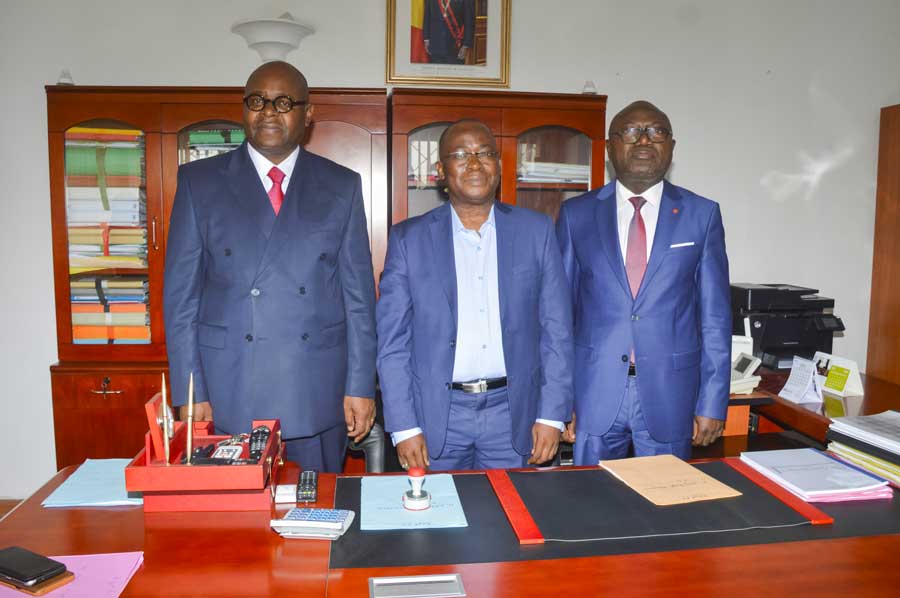