Committee for the Coordination of National Policies against Money Laundering

The Minister of Economy and Finance, Jean-Baptiste Ondaye, opens the inaugural session
03 Nov, 2022

On Wednesday 3 November 2022 in Brazzaville, the Congolese Minister of Economy and Finance, Jean-Baptiste Ondaye, Chairman of the Coordination Committee on National Policies against Money Laundering, Terrorist Financing and Proliferation of Weapons of Mass Destruction, opened the inaugural session of the said Committee.

To this end, the Congolese Minister of Finance took the opportunity to remind the members of the Committee of their mission: that of developing and coordinating policies and activities aimed at combating, at the national level, money laundering, the financing of terrorism and the proliferation of weapons of mass destruction, three scourges that are rampant on a global scale.

To achieve this, he invited the members of the Committee to “take to heart the two imperatives represented, on the one hand, by the observations arising from the evaluation of the system in relation to the Manual of Procedure of the Action Group against Money Laundering in Central Africa (GABAC) and, on the other hand, by the deadline set for the Congo by the Financial Action Task Force (FATF), which covers the period from June 2022 to June 2023”.

The Congolese Minister of Economy and Finance also congratulated GABAC for its ongoing monitoring of the Central African sub-region.

Jean-Baptiste Ondaye also said that the inaugural session is held at a time when Congo is implementing the three-year 2022-2024 Programme, concluded last January with the International Monetary Fund (IMF), under the Extended Credit Facility (ECF). This session, he added, “opens at a time when the Congo is resolutely committed to the fight against corruption, in accordance with the guidelines of His Excellency Denis Sassou-N'Guesso, President of the Republic, Head of State”.

It should be noted that the work of this inaugural session was organized by the National Agency for Financial Investigation (ANIF), whose Director General, André Kanga, is the Vice-Chair of the Coordination Committee of National Policies against Money Laundering, terrorism financing and proliferation of weapons of mass destruction, while Justin Ngouma is the Permanent Secretary.

The Coordination Committee on National Policies against Money Laundering, Terrorist Financing and Proliferation of Weapons of Mass Destruction was created by Decree No. 2018-261 of 26 June 2018. Its mission is to assist public authorities, economic, social, financial and non-financial, monetary actors, as well as the population, in the fight against money laundering, the financing of terrorism and the proliferation of weapons of mass destruction, and to raise their awareness on the need to this fight.

The Communication Unit of the Ministry of Finance and Budget 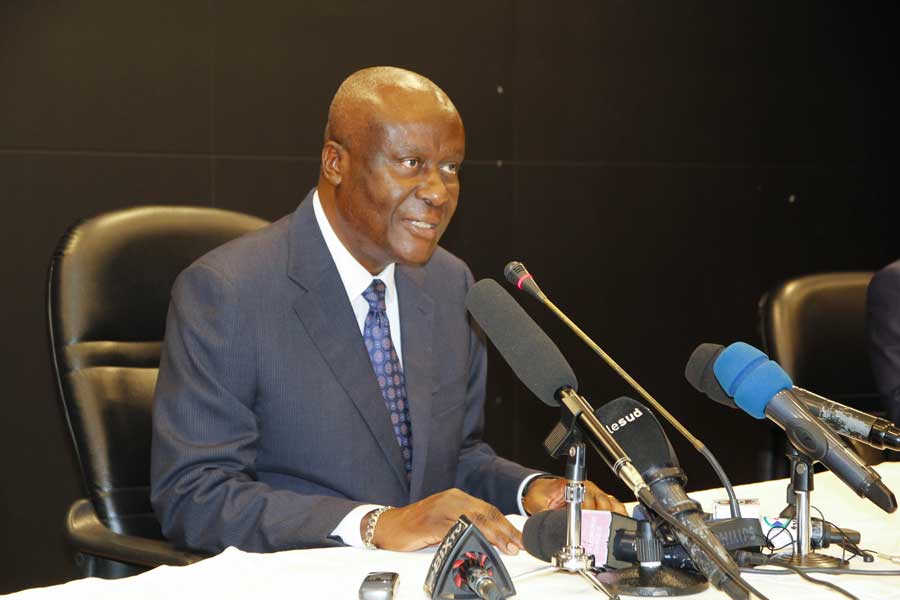