The Minister of Finance, Budget and Public Portfolio, Rigobert Roger Andely, talks to the press on the situation of Congo's debt to China and the good expansion of the Chinese-Congolese owned BSCA Bank

After attending the telephone summit between the two Presidents Denis Sassou-N'Guesso and Xi - Jinping, Monday 21 June 2021, the Minister of Finance, Budget and Public Portfolio, Rigobert Roger Andely, clarified, during an interview with the press, the situation of Congo’s debt vis-à-vis China.

According to the Minister, the Congo's debt to China amounts to one thousand three hundred and twenty-five billion (1,325 billion) CFA francs, that is one thousand one hundred billion (1,100 billion) CFA francs, for the bilateral part, and two hundred and twenty-five billion (225 billion), for the commercial part due to Chinese companies. This debt represents the counterpart of the work carried out by China in Congo in recent years to provide the country with basic infrastructure, including the National Road No. 1 (RN1) Brazzaville/Pointe-Noire, the Twin Towers, the new Parliament, etc.

This debt, which is however restructured, is highly hailed by the Congolese government from China, on 29 April 2019, Rigobert Roger Andely continued, does not yet allow the country to meet the criteria of debt sustainability, the respect of which opens the way to the conclusion of a Programme with the International Monetary Fund (IMF), the health crisis due to COVID-19 having, in fact, annihilated the beneficial impact of this restructuring.

In order to make this debt sustainable, the two Leaders agreed to examine the possibility of a second round of debt restructuring, and experts from both countries were invited to examine this possibility, and to work together to propose the terms and conditions of this second restructuring. And if this second restructuring takes place, it will enable Congo to meet its internal needs and above all to re-establish relations with the IMF with a view to a programme, which he was keen to stress is a priority for his Ministry.

Then, answering a question from the press on the health of the Sino-Congolese Bank for Africa (BSCA.Bank), which was launched on 15 July 2015, Rigobert Roger Andely said that this bank, one of the flagships of Sino-Congolese cooperation, has experienced a prodigious development. Indeed, after only six years of activity and out of the eleven banks operating in the Congo, BSCA.Bank is currently first for the collection of deposits and loans to the State, and fifth for loans to companies and individuals. It has 60% of the country's ATMs.

In its 2020/2024 development plan, it has decided to build its headquarters in Pointe-Noire and to open branches in Dolisie, Oyo and Ouesso. The plan also provides for the bank to set up outside Congo, especially in Cameroon. 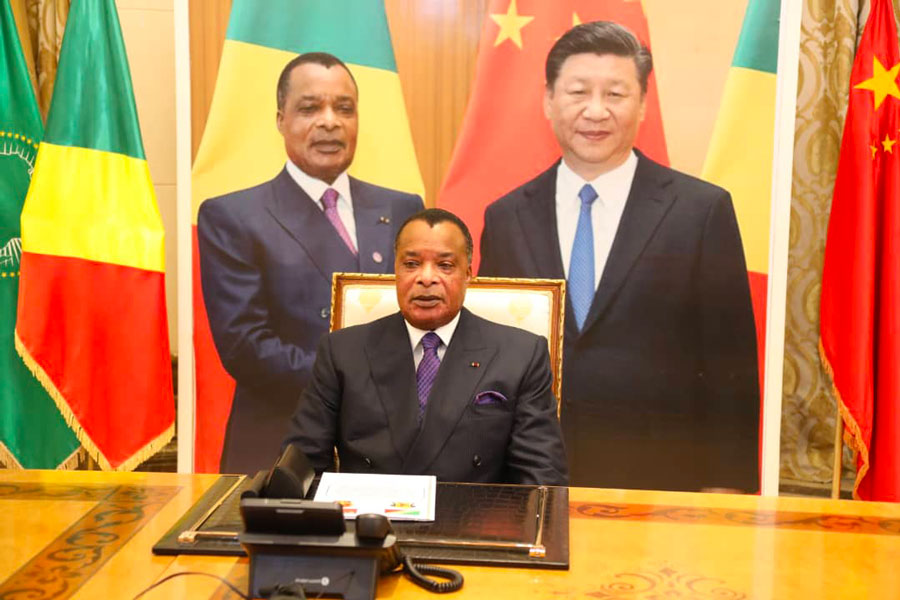