The discussions between Ludovic Ngatsé, Minister Delegate in charge of the Budget and the World Bank delegation led by the World Bank Resident Representative Korotoumou OUATTARA and Mrs. Carine Clert, Human Development Programme Coordinator for Central Africa focused mainly on the Public Expenditure Review on Education and Health in Congo with a view to reinforcing the framework of dialogue and support for the strengthening of Human Capita in the Republic of Congo.

This was an appropriate opportunity to inform the Minister of the progress of the Public Expenditure Review on Education and Health. The World Bank mission took the opportunity to understand the Ministry's perspectives for the health and education sectors. These perspectives converge with the recommendations of the Review, which highlighted the lack of sufficient and competent human resources, the need to improve budget execution tools, the need for better decentralisation of resources for health and education, and the need to "protect" resources for primary health care and services, reducing inequalities, as well as better monitoring and transparency in these sectors.

Welcoming the opportunity to receive this mission, the Minister Delegate took the opportunity to express his admiration and thanked the World Bank delegation for the quality of the exchanges and the future collaboration between its collaborators on the conclusions and recommendations reached by both parties.

At the end of this working session, Mrs Korotoumou Ouattara, assisted by Mrs Carine Clert, explained the purpose of her meeting with the Minister Delegate for the Budget in the following terms "We came to see the Minister Delegate for the Budget to talk about the activities we are currently financing, particularly the review of public expenditure in the social sectors, and for which we have preliminary results.  We shared these results with the Minister and saw to what extent we could discuss them more broadly with his team.”

The Programme Coordinator, for her part, emphasised the need for the government and the World Bank to engage in a real dialogue with a view to developing human capita around these two sectors: “As part of the dialogue and the WB's support to the Congolese government on human capita (which includes health, education, vocational training, nutrition and social protection), we have assessed the level, quality and execution of expenditure in these social sectors.  This will allow us to assess the results of our service delivery in these sectors. We had a very frank and constructive discussion to see how we could improve the quality of spending in the coming days. We consider human sector funding to be as important as public measures in human capita”, Carine Clert said.

It should be noted here that this review of human development expenditure also made it possible to anticipate the measures to be taken with regard to the design of the health map in Congo, the improvement of public finance governance in the sectors of activity linked to the development of human capita, as well as the implementation of the "Kobikisa" project in terms of universal health insurance, and the effective free provision of certain medical care and procedures (malaria, HIV, caesarean section).

The meeting ended with a series of recommendations such as: the holding of a technical meeting involving the ministries in charge of health, the budget, finance, parliamentarians, technical and financial partners in the health sector, the IMF, and other key stakeholders, who could eventually present the results of their various works on health and education issues. 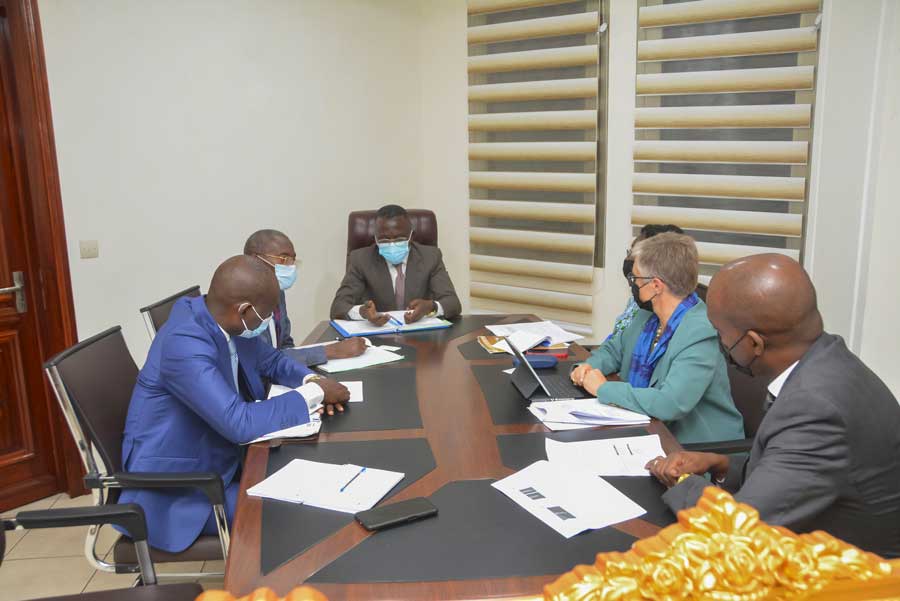