On Thursday, January 11, 2018 in Brazzaville, Prime Minister Clement Mouamba, head of government of the Republic of the Congo and the Minister of Finance and Budget, honourable Calixte Nganongo, visited the  general directorate of Tax  and land and  the general directorate of customs and indirect tax, so as to enable them know the main problems these two departments and to find ways of improving their performance.

Those problems are mainly : first -  logistics, which is inappropriate  based on the assignments of those departments; second - computer science which is still at its start, whereas in other countries, it is  a key tool for a better performance of the tax and customs administration; third- human resources, which have dwindled steadily due to the fact that many  experienced executives are retiring.

Taking into account the complaints of the excise departments, the Prime Minister reassured that the government  was looking for solutions. As an example, the supply of a nice building to the Tax officers for hosting the general directorate with all facilities, the finalization of the computerization and interconnection project for the excise departments, along with the recruitment and training of executives in similar conditions.

The visits are taking place at difficult  times for public finance.  Necessary resour-ces are to be found in order to cope with the drastic drop of tax and custom revenues to help the State  fulfill its commitments at the national and interna-tional levels. In fact, taxes have become the main source of State revenues  since the time when  oil revenues ranked second at the beginning of the financial crisis in 2014, due to the drastic drop in oil prices  in oil producing countries like Congo.

The Prime Minister instructed the executives and officers  of the excise depart-ments  which he had been visited to make more efforts to boost tax and customs revenues ( 621 billion  434 millions  CFA  francs for  tax and  116 billion  500 millions de" CFA   francs for customs duties and  taxes  for the 2018  budget).  He also recommended that officers should do their job and get rid of corruption, peculation, tax and customs fraud, create new tax loopholes  like tax on land  at reduced prices,  refrain from annoying taxpayers for tax must not kill tax.

The visits are considered as a "performance contract" concluded between the government and the excise departments, said the head of the government. On this occasion, honourable Clement Mouamba reassured the tax staff that allowances, considered as something acquired and known as  "sweets" would be paid this time based on each officer's performance and annual tax revenues. 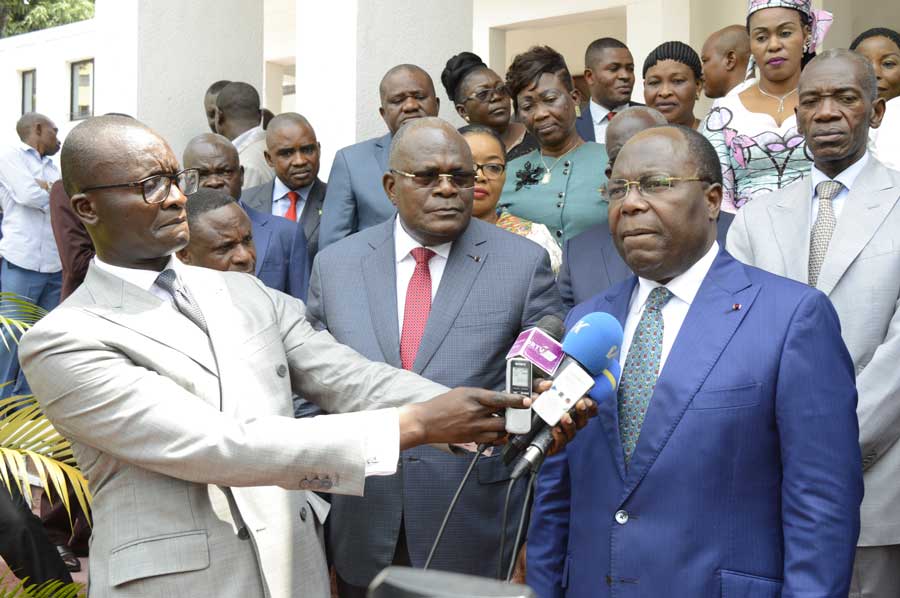