On Monday 16 August 2021 in Brazzaville, Rigobert Roger Andely, Congolese Minister of Finance, Budget and Public Portfolio, and Fortunato-Ofa Mbo Nchama, President of the Development Bank of Central African States (BDEAC), signed a First Loan Agreement to fund the construction of the Dolisie-Kibangou road section (including the bridge over the Niari), a link in the Corridor connecting Brazzaville-Dolisie (Congo) and Libreville (Gabon). This loan is estimated at CFAF 32,800 million.

"With regard to the Dolisie-Kibangou road project, including the bridge over the Niari River, BDEAC particularly appreciated its design, its state of completion and its socio-economic impacts, both at the national and sub-regional levels. BDEAC was encouraged by the total commitment of the Congolese government, which was reflected in the financial efforts made to complete a first section of 32 km of paved roads," Fortunato-Ofa Mbo Nchama said. The latter noted that this section represents several advantages.  "At the socio-economic level, this project will contribute to reducing the cost and duration of transport, which will open up the Niari Division and promote economic activities. The economic, social and environmental benefits of the project confirm its importance for Congo and have convinced BDEAC of the urgency of financing it," he said.

According to him, the implementation of this project will enable Congo to participate in the realisation of integrating programmes in terms of road links between the capitals of the Central African Economic and Monetary Community (CEMAC), in accordance with the prescriptions of the Consensus Development Plan for Transport in Central Africa (PDCT-AC) to which Congo has subscribed.

The President of BDEAC recalled that this operation is part of the 11 priority projects of the Regional Economic Programme (PER) which was the subject of a Round Table in November 2020 in Paris (France), under the high patronage of His Excellency Denis Sassou-Nguesso, President of the Republic of Congo and dedicated President of the CEMAC Economic and Financial Reform Programme (PREF). During the meeting, BDEAC committed itself to supporting the acceleration of the economic and physical integration of the sub-region by injecting a total of 308 billion CFA francs to finance 6 projects in 4 countries.

For Congo, Fortunato-Ofa Mbo Nchama said, "two operations had been identified by the BDEAC, namely: the Project for the construction of the missing sections of the Ndendé-Doussala-Dolisie road of the Libreville-Brazzaville Corridor and the Project for the development of Corridor 13 linking Brazzaville-Ouesso (Congo), Bangui (CAR) and N'Djamena (Chad)".

For the Congolese Minister of Finance, "this financing agreement signed with BDEAC will certainly be followed by a future agreement with the African Development Bank (ADB), as part of the financing for the completion of the various Corridors. In this way, the Congo will be connected with all the CEMAC countries.  I take the commitment of the Congolese government to pay its share of 3 billion 25 million CFA francs for the construction project of the Dolisie-Kibangou road section”.

Two members of the Congolese Government, Ingrid Olga Ghislaine Ebouka-Babackas (Minister of Economy, Planning and Regional Integration) and Ludovic Ngatsé (Minister Delegate in charge of the Budget to the Minister of Finance, Budget and Public Portfolio), attended the signing ceremony of this financing agreement between Congo and BDEAC (also represented by its Vice-President, Marcel Ondelé). 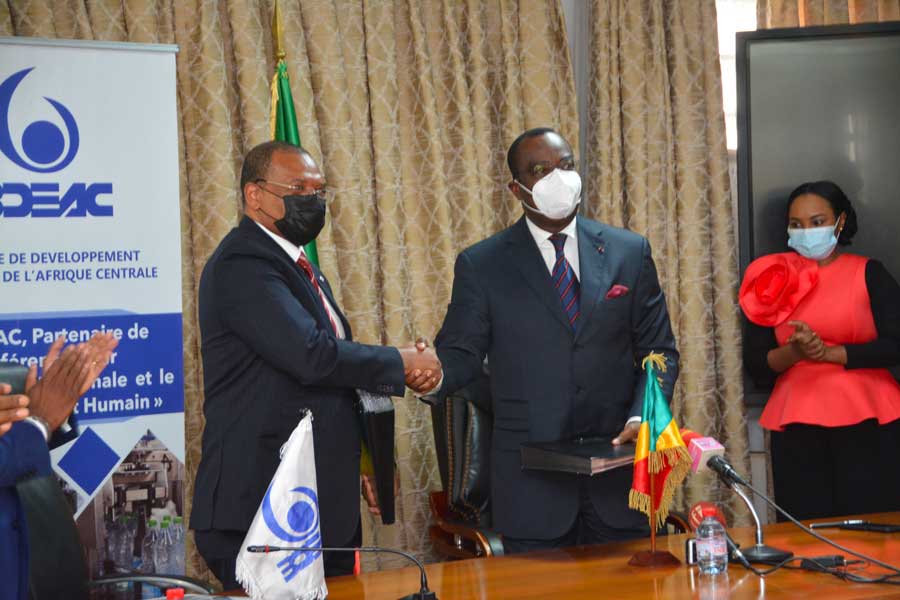