Dieudonné EvouMekou, inducted in his New position as President
18 Jun, 2022

The New President of the Development Bank of Central African States (BDEAC) was installed in his new position on Saturday 18 June 2022 in Brazzaville (Republic of Congo). This was at the end of the Extraordinary General Assembly chaired by Mrs. Nicole Jeanine Lydie Roboty Epse Mbou, Minister of Economy and Recovery of Gabon, current president of the body.

The agenda dealt with the induction of Mr. Dieudonné Evou-Mekou as President of BDEAC, thus materializing decision N°01 22/CEMAC-BDEAC-CCE-P of 14 April 2022 of the Conference of Heads of State of the Central African Economic and Monetary Community (CEMAC), which had decided to entrust him with this post. During this General Assembly, the shareholders attended the handover ceremony between Mr. Fortunato OfaMboNchama, of Equatorial Guinea nationality, outgoing President of BDEAC and Mr. Dieudonné EvouMekou, incoming President.

The General Assembly unanimously congratulated the outgoing President for his commendable performance during his term of office, covering the period 2017-2022. They also expressed their full confidence in Mr. Dieudonné EvouMekou to pursue reforms and continuous improvement of the institution's performance.

In his speech, the new President of the Development Bank of Central African States expressed his gratitude to the CEMAC High Authorities for their confidence. He promised, in return, to make BDEAC an institution of which the community would be more than proud, and to place it entirely at the service of financing the development needs of each of the six Member States, in accordance with the missions assigned to this Bank by the founding fathers.

The outgoing President thanked the authorities of the sub-region and all the shareholders for the confidence placed in his person to manage this strategic position.

Mr. Dieudonné Evou-Mekou has a high level of leadership in banking management and a deep knowledge of the local and international financial environment. He has a strong track record in pursuing the transformation of the bank and implementing a strategy of raising efficient resources, both on the sub-regional and international financial markets, for the financing of development projects. Prior to his appointment to this position, he was Vice-Governor of the Bank of Central African States (BEAC). He has also held the positions of Deputy Director General of Crédit Lyonnais-Cameroon and Director General of the Cameroon Sinking Fund (CSF). 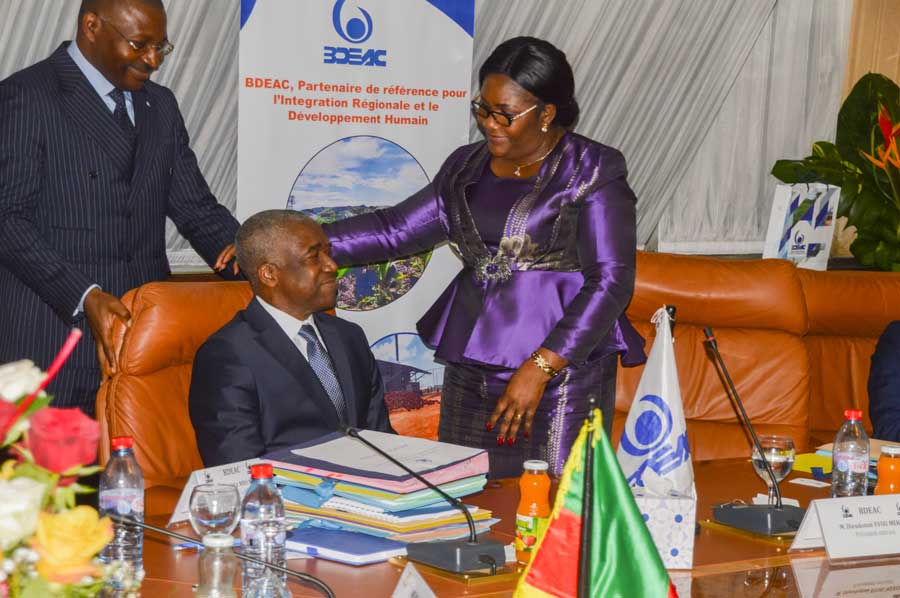