Six months after his installation, the New Director General of National Financial Institutions (DGIFN) of the Ministry of Finance, Budget and Public Portfolio, Jean Pierre Nonault, has started meetings with bilateral and multilateral partners represented in Congo.

As such, he was received on Wednesday 10 November by the Director of the French Development Agency (AFD), Maurizio Cascioli, and on Thursday 11 November 2021, by the Resident Representative of the United Nations Development Programme (UNDP), Maleye Diop, in the premises of their respective structures in Brazzaville.

Exchanges between the two organisations focused on possible collaboration on points such as capacity building of DGIFN agents; financial inclusion; electronic money.

Both organisations said they were willing to support the Directorate General of National Financial Institutions in achieving its objectives and were open to DGIFN-AFD and DGIFN-PNUD partnerships, with a view to contributing to the modernisation of this entity of the Congolese Ministry of Finance.

Maurizio Cascioli and Maleye Diop welcomed Jean Pierre Nonault's initiative and took the opportunity to put the DGIFN in touch with external partners (such as EXPERTISE FRANCE and PROPARCO, for the AFD; and UNDP experts). 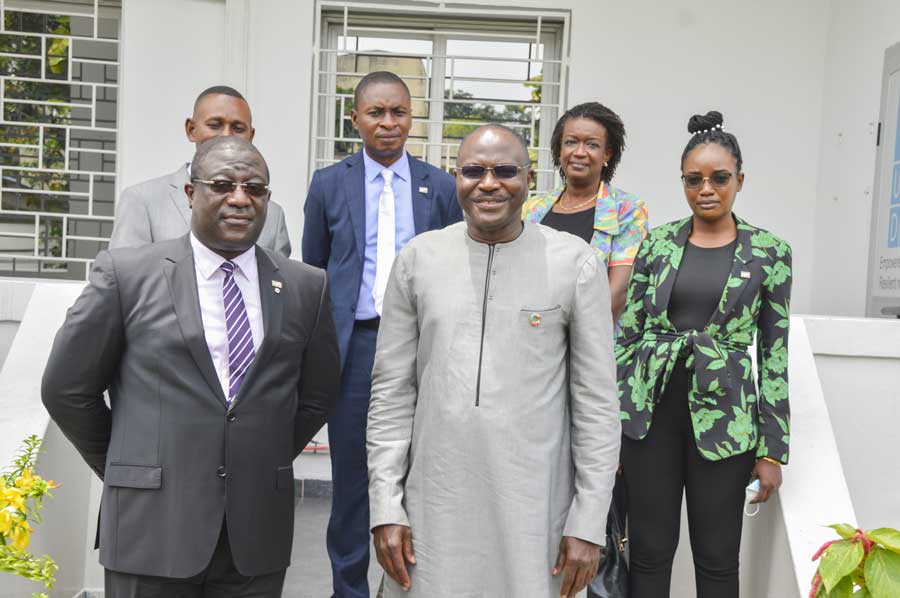