On Thursday, February 10, 2022 in Brazzaville, Jean-Pierre Nonault, Director General of National Financial Institutions (DGIFN), was in front of the General Managers of Insurance companies operating in Congo. This meeting was marked by the presence of Serge William Landry Massembo Doumou, General Manager of the Insurance and Reinsurance Company of Congo (ARC) and President of the Professional Association of Insurance Companies in Congo (APSACO).

Three speeches marked this session of the series of meetings initiated by the DGIFN. First, that of Elvis Nzengued, Director of Insurance at the DGIFN. He confirmed that the dynamics of market sanitation will be strengthened, as well as the need to take into account other threats that affect the balance of the market. In particular, “the under-pricing and its induced effects, namely: the fall in the general turnover of the market and the leveling down of the market, which are concretized by the absence of added value on the offers; the retention of premiums by some intermediaries and the non-respect of the payment deadlines of commissions by some companies, which remain an issue on the market. This is in contrast to the will of the supranational legislator, who, through Article 13 of the Cima Code, has established a mechanism for sound management of cash flows; the insufficient number of on-site inspections per year to enable the Insurance Department to be as close as possible to the daily practices of the players, like a sheriff in the city, is seen as the Achilles' heel of the control system in our market; and, finally, the absence of binding measures on the obligation of all-risk construction insurance and ten-year liability insurance, which are still unknown to the target public and which cause significant losses in terms of premium collection”.

For his part, the President of APSACO recalled the missions of his structure which works, among others, to represent member companies before public authorities, in all circumstances where a common action will be deemed necessary; to make all proposals for the development or revision of contracts and tariffs of common interest...Serge William Landry MassemboDoumou also mentioned the difficulties encountered by APSACO. For example: the failure of insurers to comply with compulsory insurance requirements; the non-application of the provisions of the CIMA code in court rulings against insurance companies, resulting from the losses suffered by victims of traffic accidents; the daily rate of 2% applied to companies for late payment of inspection fees; the concealment of risks by certain intermediaries; etc.”

Jean-Pierre Nonault closed the session by thanking the Minister of Finance, Budget and Public Portfolio, Rigobert Roger Andely, for the confidence he has placed in his Directorate. He welcomed the presence of the various General Managers of insurance companies, including the Insurance and Reinsurance Company of Congo (ARC), General Insurance of Congo (AGC); NSIA; ALLIANZ; AAC; Légendaire adventis; SAHAM; LG Assurances. He also thanked the President of the Association of Brokers for his participation. 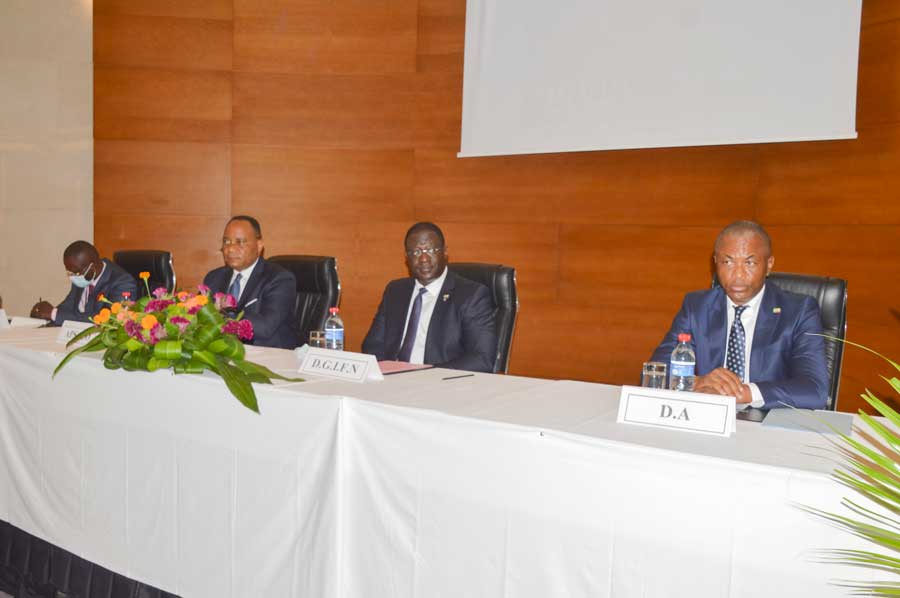