Lambert Ifoko, Tax and Customs Adviser to Rigobert Roger Andely, Minister of Finance, Budget and Public Portfolio, chaired the meeting of the project team in charge of finalizing the implementation of the Dematerialized Tax Stamp (DST) on Friday 28 January 2022 in Brazzaville.

The meeting focused on three points, namely: launch of the Dematerialized Tax Stamp project activities; examination of the report of the IT team's site visit; and the deployment of stamping machines in Pointe-Noire.

With regard to the launch of the DST project, the DST has brought improvements in the security of revenue throughout the chain and in the complete traceability of the stamp management chain. The machine provides immediate information (detailed amounts of stamps sold during the day, the month and even the year, for example). 10 stamping machines (out of the 150 available) have already been deployed in the five pilot sites in the city of Brazzaville, at a rate of 2 machines per site. Thus, 140 machines are waiting to be deployed in the departments (Pointe-Noire, Niari, Bouenza, Likouala, Cuvette, etc.). The project manager, Frantz Sentiment Onkilekemia, said that users had undergone first-level training before using the machines. Regarding the recharging of DFA credits, the task is the responsibility of the General Directorate of the Treasury, which is the only one competent to provide DFA stocks. The second and third points dealt successively with the report of the IT team's visit to the offices, where it exchanged with users of the stamping machines in the five pilot sites selected: Brazzaville-Centre (or La Plaine), Bacongo, Poto-Poto, Ouenzé and Talangaï.

At the end of this meeting, Lambert Ifoko committed himself to setting up the steering team for the deployment of the stamping machines in Pointe-Noire, so that the mobile stamps are systematically transferred to the Treasury. Mrs. Pierre-Edwige Céline Elodie NguimbiMonguia, Director of Registration, Land and Property Tax and Head of the project, stated that the Dematerialized Tax Stamp replaces the physical, mobile or paper stamp. It allows the authentication of registered documents (deeds, invoices, etc.). 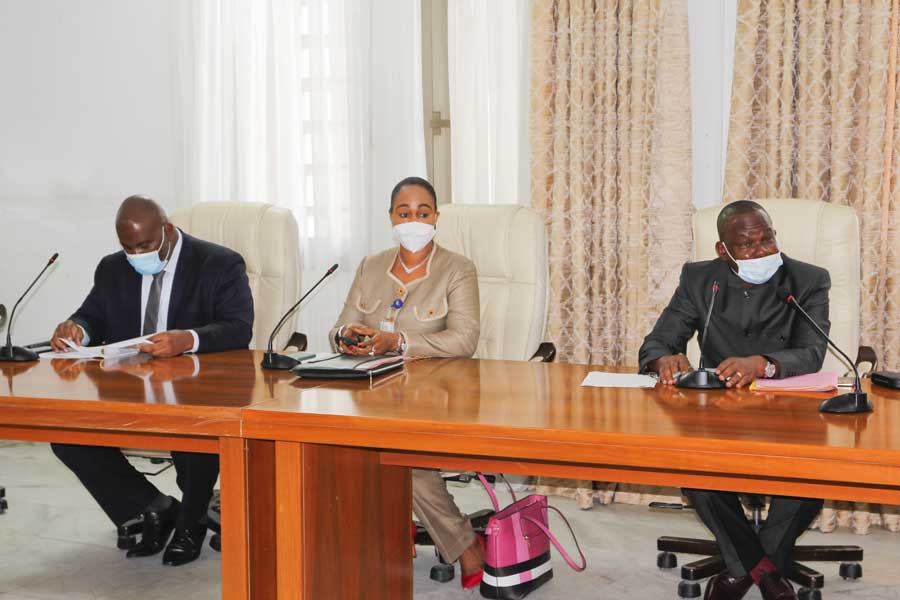