The presentation of the dematerialized tax stamp (TFD) took place on Monday 14 February 2022 at the Chamber of Commerce of the Ocean City, in the presence of Pierre-Edwige Celine Nguimbi Monguia, Director of Land Taxation and State Property Registration and Head of project, and Jean François Oboa, Divisional Director of Taxation.

It is within the framework of the improvement and securing of revenues throughout the stamp management chain that the Minister of Finance, Budget and Public Portfolio decided to equip the General Directorate of Taxation and State Property with a payment monitoring tool, under the coordination of the Coordination Committee of the Information System Reform.

From Monday 14 to Friday 18 February 2022, about twenty executives and agents evolving in the offices of the registration of State Property and stamps (EDT) of Pointe-Noire, followed a first level training, before handling the stamping machines. This training is part of the finalisation of the implementation of the DFA. The EDT sites of Centre, Loandjili, Tié-Tié, and Mpaka received machines that the agents put into operation. The head of the project, Pierre-Edwige Celine Nguimbi Monguia, accompanied by CPI, Frantz Sentiment Onkilekemi, visited the sites receiving the machines.

It should be noted that the DFA was launched on 29 January by the Minister Delegate for the Budget, Ludovic Ngatsé, and will be implemented on 5 February 2021 in 5 selected sites in Brazzaville (Brazzaville-Centre, Bacongo, Poto-Poto, Ouenzé and Talangaï) 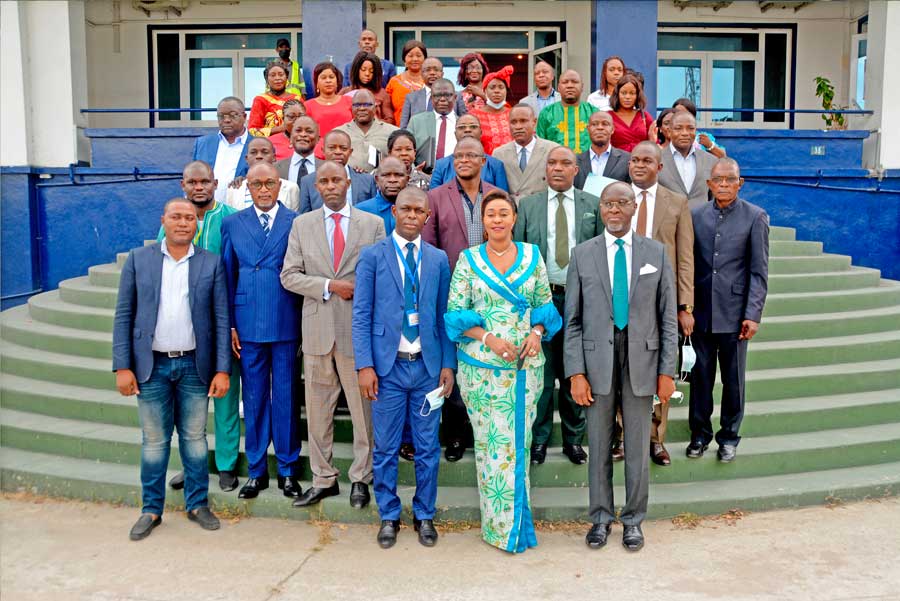