Despite the difficult regional and global economic conditions caused by falling commodity prices, the African Development Bank (AfDB) will continue to finance development operations in the Republic of Congo.

The AfDB Administrator for Congo, René Obam Nlong, a newly appointed Cameroonian, affirmed this will on 14 November 2016 in Brazzaville, following a working session he had with the Minister of Finance, Budget and Public Portfolio, Calixte Nganongo, and his colleague from Plan, Ingrid Olga Ebouka Babakas. René Obam Nlong took this opportunity to thank the Congolese authorities who nominated him to represent their country on the Board of Directors of this pan-African financial institution. "The AfDB will continue to finance projects in Congo, as it has always done. In fact, in 2018 there will be many more projects because we are organizing the economy by diversifying it. This crisis does not take away the possibility of development of our countries. It is a cyclical situation that has no impact on what the AfDB needs to bring. Our institution will always be behind Congo whatever the situation” he reassured.

Asked about the project to build the road-rail bridge on River Congo River linking Brazzaville (Congo) and Kinshasa (DRC), which will be financed by his institution, René Obam Nlong stressed that feasibility studies were nearing completion. "It is true that it took a little time, but we are closing the study. In a few years, it will be a reality. The integration of Africa is a priority for the Bank" he added.

As a historic financial partner of the Republic of Congo, the AfDB is co-financing two projects particularly in the forest sector. The first concerns the development of skills in Human Resources (HR), amounting to 16 Billion CFAF. Its main objective is to provide Congo with necessary skills to develop the wood and mining sectors. The second concerns the construction of training centres for forest and wood trades in Enyellé (Likouala municipality) and in Mossendjo (in the Niari). It should be noted that for the latter project, the AfDB in principle had already given its approval for funding.

In order to facilitate access to the Internet and e-services for the benefit of the Congolese population as a whole, the Board of Governors of this sub-regional institution approved in May 2016 a loan of 52.04 Million euros to the Government of Brazzaville. This, in order to fund the Congolese component of the Fibre Optic Deployment Project in Central Africa: CAB (Central Africa Backbone).
NEPAD (the New Partnership for the Development of Africa), charged with following the file, had instructed Congolese President Denis Sassou N'Guesso to follow the case. The total cost, it is said, amounts to 400 Million euros. The project, several times postponed, is part of a policy of sub-regional integration. Several donors, like the World Bank and the African Development Bank (AfDB), have already announced their support for this project. For the study phase of the project, the ADB funded the works for about 6 Million US dollars.

Advantages according to the AfDB

For the AfDB, the rapid implementation of a road-rail bridge between Kinshasa and Brazzaville would, among other things, promote trade between the two countries; -improve the continuity of the transport system on the Cameroon-Gabon-CAR-Congo - DRC corridor, passing through Chad and the Central African Republic; - to strengthen the process of regional integration and trade, particularly within ECCAS member countries and with SADC countries. 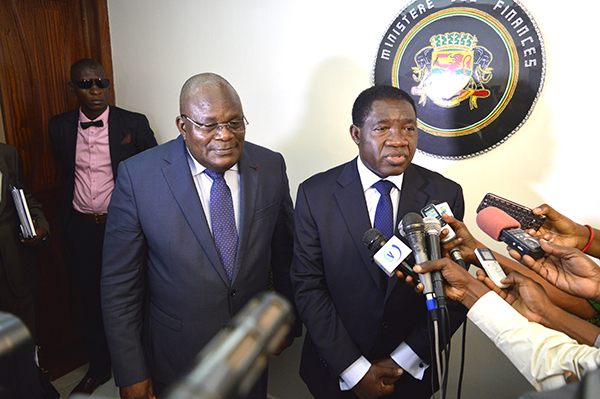