Soon a tripartite meeting of Ministers of Economy and Finance with the IMF and the World Bank on the 2nd Generation Programme
19 May, 2021

The Ministerial Committee of the Central African Monetary Union (UMAC) held an Extraordinary Meeting by video Conference on Wednesday 19 May 2021. The Congolese government was represented by Ludovic Ngatsé, Minister Delegate for the Budget, representing Roger Rigobert-Andely, Minister of the Economy, Finance, Budget and Public Portfolio, and by his colleague Ingrid Olga Ghislaine Ebouka-Babackas, Minister of Planning, Statistics and Regional Integration.

Only one item was on the agenda. It was to pronounce on the conclusions of the analysis, which was made by the Bank of Central African States (BEAC), of the proposals of the International Monetary Fund (IMF) and the World Bank (WB), in terms of reforms. "Each member state of the Central African Economic and Monetary Community (CEMAC) should implement reforms within the framework of the second generation programme. Because most of the six states in this zone have already completed their first programme and must switch to the second," explained Mrs Ingrid Olga Ghislaine Ebouka-Babackas to the press at the end of the meeting. It is at this point, she continued, "that we must look again at what reforms each of the states should implement".

"This is a very important meeting because on Friday 21 May 2021, the Ministers of Economy and Finance of the CEMAC Member States will meet in a tripartite meeting with the IMF and the WB, to examine their proposals and recommendations. During this meeting, the States of the Community will say the types of reforms which seem adequate to them to go into this Second Generation Programme", said Minister Ingrid Olga Ghislaine Ebouka-Babackas.

Information points were recorded during this extraordinary meeting. For example, the allocation of Special Drawing Rights (SDRs), which has been withheld at the IMF level, to help countries fight the health crisis generated by Covid-19.

Another information point, which was delivered by the BEAC governor, concerned the level of foreign exchange reserves. "This level has improved thanks to the new foreign exchange regulations, which were put in place in 2018," said the press spokesperson.

The third information point related to the impact of measures taken by the Central African Banking Commission (COBAC) to help credit institutions in the sub-region to show resilience in the context of the health crisis caused by the Coronavirus pandemic. 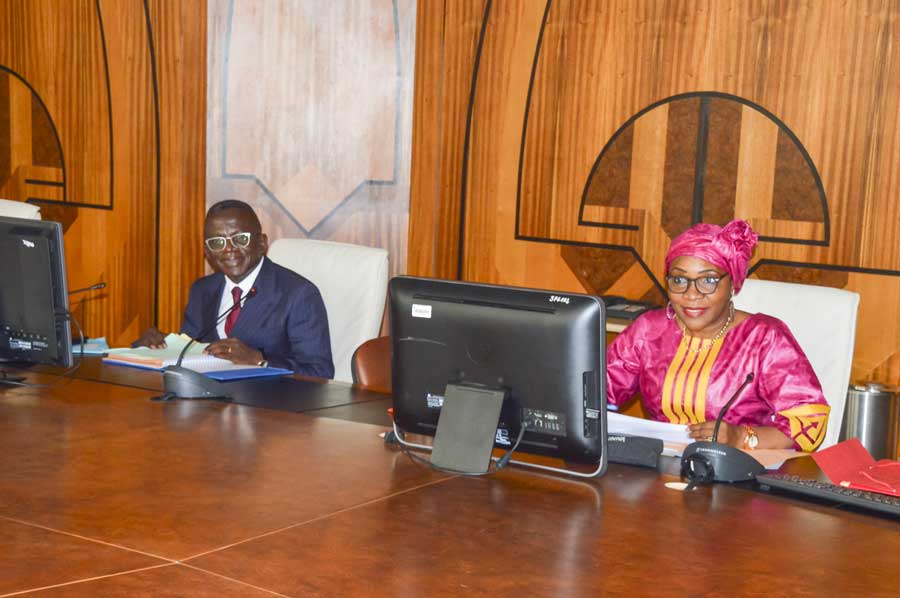