At the invitation of his Excellency Paul Biya, President of the republic of Cameroon, an Extraordinary Summit of Central African Heads of State held in Yaounde on the 23 December 2016 at the Unity Palace.

This meeting had as main objective the assessment of the economic and monetary situation in the CEMAC zone and to adopt appropriate measures aiming at checking the negative effects of the double impact of the security and oil situations on economies in the sub-region.

Present at the meeting were:

Touching on points on the agenda, the Heads of State first of all followed the Special Communication of the Director General of the International Monetary Fund. After this they listened to the address of the French Minister of Economy and Finance before acknowledging the report of the Meeting of CEMAC Ministers of Economy and Finance held in Yaounde on the 22 December 2016.

After these presentations, the Heads of State shared views on several issues raised, notably on the extent of the consequences of the drop in oil prices on economies of the Sub-Region, the financial and monetary management of CEMAC, measures adopted to come out of this difficult economic downturn.

At the end of discussions, the Heads of State:

At the end of deliberations marking the Extraordinary Summit, the Heads of State lauded the participation in this Summit of special guests:

They expressed their deep appreciation to His Excellency Paul BIYA, President of the Republic of Cameroon, for the initiative and the successful organization of this Summit. The work of the Extraordinary Summit of Central African Heads of State on the economic and monetary situation in the CEMAC zone took place in an atmosphere of serenity, reciprocal and cordial understanding. 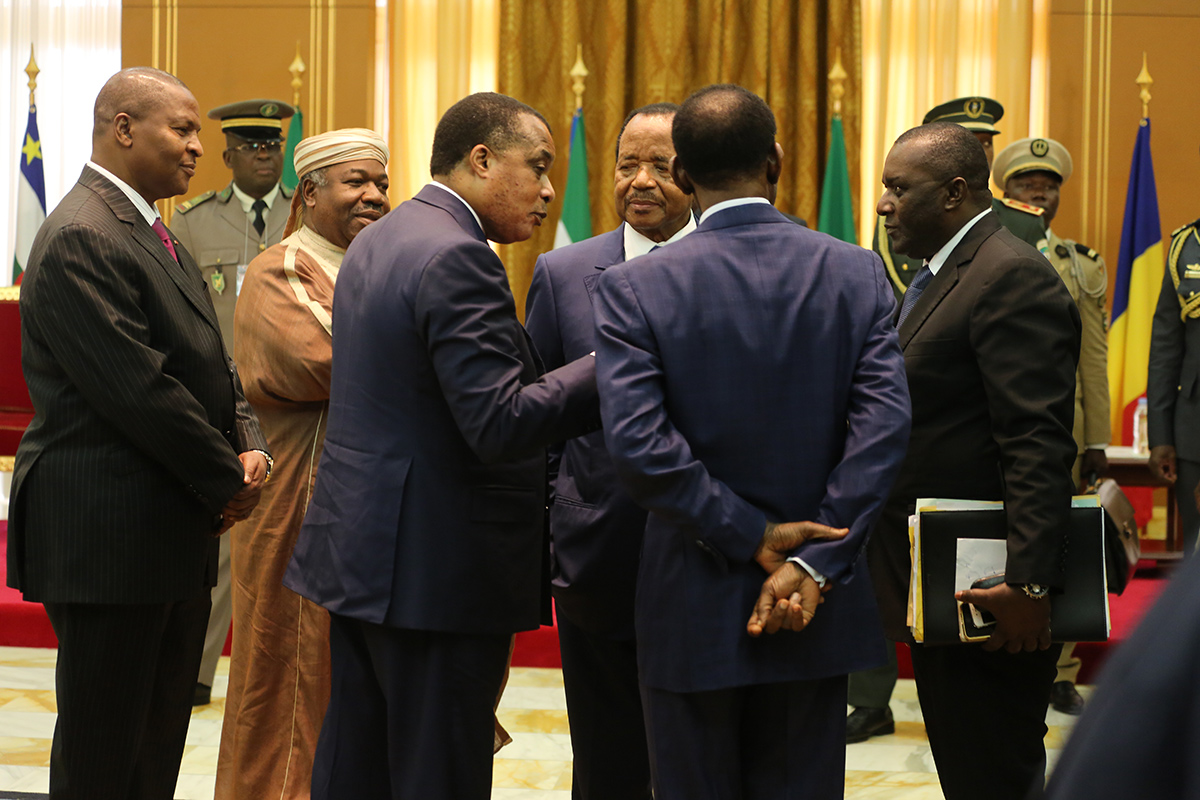