Inauguration of tax offices in Brazzaville

On Tuesday, June 14, 2022 in Brazzaville, two tax offices, namely the one of Makélékélé R+2 (1st district) and the one of Mfilou R+1 (7th district) were inaugurated during a unique ceremony held on the Avenue de l'OUA. Under the auspices of the Prime Minister, Head of Government, Anatole Collinet Makosso. In the presence of the Minister of State, Minister of Trade, Supply and Consumption, Alphonse Nsilou. They were joined by their colleagues in charge of Finance, Budget and Public Portfolio, Rigobert Roger Andely; Industrial Development and the Promotion of the Private Sector, Nicéphore Antoine Thomas Fylla Saint Eudes. And the Budget Delegate, Ludovic Ngatsé.

In his speech, the Minister of Finance, Budget and Public Portfolio indicated that ‘’the construction of the tax hotels is part of the improvement of the working conditions of the agents of the Tax Department and the Treasury. It allows for the installation of the 'virtuous triplet' in the same place: the Tax Services, in charge of the assessment, liquidation and collection; the Postal Bank of Congo, in charge of the collection, before the full transfer of the resources collected to the Treasury; the Treasury, which issues the receipts and is the ultimate recipient of these resources’’. He added that ‘’bringing these three actors together in one place will make it possible to limit fraud and corruption, in order to increase tax revenues, while guaranteeing the transparency and traceability of operations. These new buildings are well suited for increased digitalization, and this will certainly contribute to better tax collection”.

The speaker took the opportunity to mention four actions aimed at protecting public resources, in order to guarantee a smooth execution of the state budget.  Firstly, the updating and rationalization of the E-TAX, SIGFIP and NIU applications; secondly, the acceleration of digitalization to enable taxpayers to declare and pay their taxes online; thirdly, the completion of the taxpayer census; and fourthly, the prohibition of tax offsets, especially with foresters.

It should be noted that ten tax hotels are being built throughout the country. The total cost is estimated at 4 billion CFA F (350 to 500 million CFA F for each of them).

This double inauguration ceremony of the Makélékélé and Mfilou tax offices was accompanied by the Zoba group Casimir Zao, with his famous song “Ancien combatant” (War veteran), and honoured by the presence of the Prefect of Brazzaville, Pierre Cébert Ibocko Onangha; the Mayor of the city, Dieudonné Bantsimba; and the mayors of the districts, including Edgard Bassoukissa (Makélékélé), Alain Milandou (Madibou), Jacques Elion (Poto-Poto) and Bernard Batantou (Moungali). 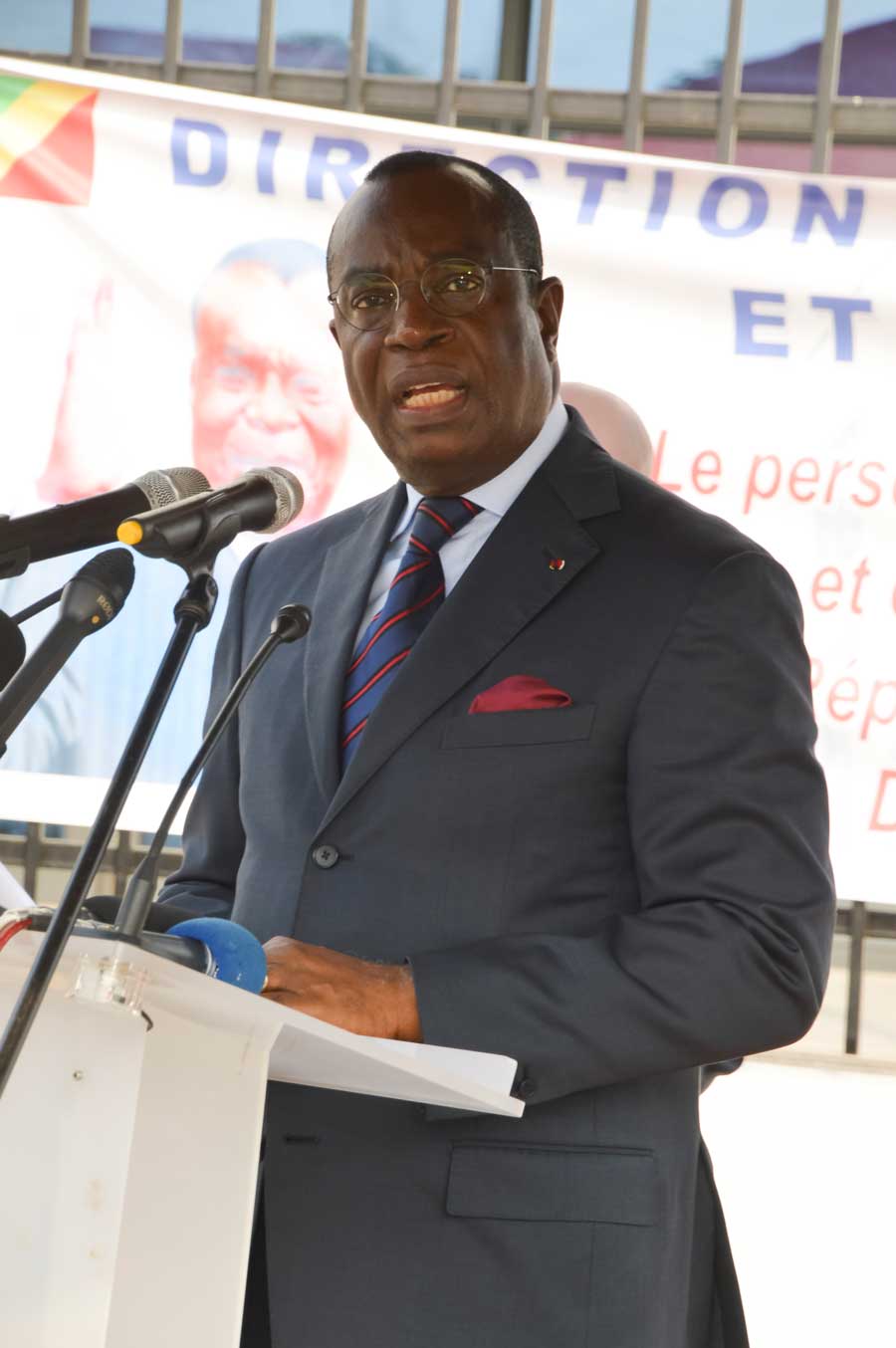