Serge William Landry Massembo Doumou, the New Director General of ARC: “We will not wait for money by sitting in the office”!
09 Mar, 2021

The New Director General of Insurance and Reinsurance of Congo (ARC), Serge William Landry Massembo Doumou, was installed in his command chair on Tuesday, March 9, 2021, at the headquarters of this company governed by the CIMA Code in Brazzaville. The ceremony was held under the auspices of Bernard Ngazo, Advisor to the Minister of Finance and Budget, Calixte Nganongo, on National Financial Institutions and Currency, in the presence of the Chairman of the Board of Directors, Antoine Régis Ngakegni, and the outgoing CEO, Marc Gaston Akobo.

"As a symbol, I give you the keys, not only to your office, but also to the entire ARC house. Make good use of them," Councillor Ngazo instructed, as he installed the New DG.

In response to journalists' questions about his feelings when he took office, he said he was committed to working with his colleagues in the field and not in the office.

As for the strategy he intends to put in place to get ARC out of the current crisis, the New DG acknowledged that there is certainly a crisis. But in every crisis, solutions can be found. "We are here to work. Many have won during the crisis. Why not us? We will have to look for money niches. They exist, we will fight to meet the challenges of the CRA," he said. "CRA is a big company with 50 years of experience, including 25 years as a monopoly and 25 years with the liberalisation of the insurance market. So, there is competition, customer satisfaction to be insured, products to be developed, services, as well as the staff on whom I rely a lot, because they are the engine of the business. It's like an aeroplane: before it takes off, all the bolts must be tightened, there must be paraffin, that is to say the staff, so that we can fly towards the horizon we have set ourselves”.

According to the DG, Serge William Landry Massembo Doumou, with the African Continental Free Trade Area (AfCFTA), ARC has ten years to get up to speed. It will have to work as a team. "I am not alone. There is a team here...The shareholder is here. The shareholder is there. If there are any problems, he can help us work. I don't want to admit that ARC is the last of the insurers in Congo. This is not normal," he said.

Finally, the new DG call on all his collaborators and partners of the company: "Every ARC worker must be a commercial agent of ARC. They must know that we go from point X to point Z. Agents must work. They must be motivated. So do the social partners. There are many products to be developed at the CRA, such as life insurance... In short, there are avenues, opportunities to be seized. What is important is to work hand in hand. You can't stay in the office and wait for the money. Instead, we have to go to the clients and change our mentality. Because we can't admit that we were the first insurer on the market and that we are the last today," he concluded. 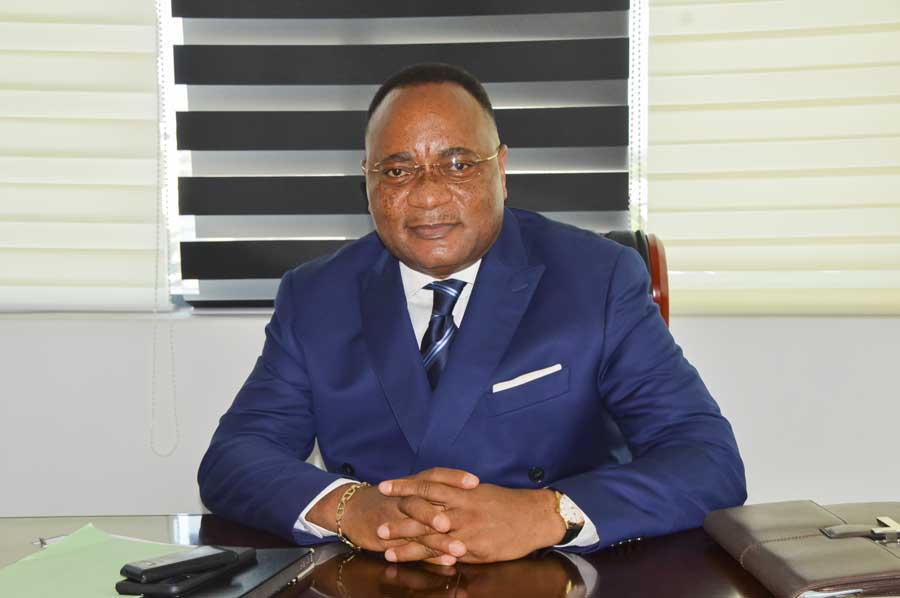