Calixte Nganongo presides over the Council of Ministers of Finance of the Inter-African Conference on Insurance Markets (CIMA)
15 Feb, 2021

Calixte Nganongo, Congolese Minister of Finance and Budget, new President of the Council of Ministers of Finance of CIMA, received in audience, Monday, February 15, 2021 in Brazzaville, the Cameroonian Ncharé Issofa, Secretary General of this institution.

Addressed by the press at the end of this interview, Secretary General Ncharé Issofa said that his visit to Congo is part of the preparations for a major deadline of the CIMA. Minister Calixte Nganongo, who has been succeeding his Guinea Bissau counterpart, Joâo Alage Mamadû Fadia for a one-year term since December 2020, will organise the next meeting of the Council of Ministers in charge of insurance in the Franc Zone countries on 2 March 2021, by videoconference from Brazzaville. Congo will also chair, during the term of Minister Calixte Nganongo, the Committee of Experts of the CIMA Council of Ministers.

Among the topics on the agenda of this meeting are the new regulations on money laundering and the fight against terrorism, as well as the appeals lodged by certain companies against the decisions of the Regional Insurance Control Commission. One of these decisions relates to the withdrawal of all authorisations, and the other to the cancellation of a letter...

Responding to the question on CIMA's health, Minister Calixte Nganongo's host was pleased with the resilience shown by the actors of this institution during the Coronavirus health crisis. They have indeed set up mechanisms to remotely manage the signing of insurance contracts, as well as the payment of benefits in this rapidly evolving sector. 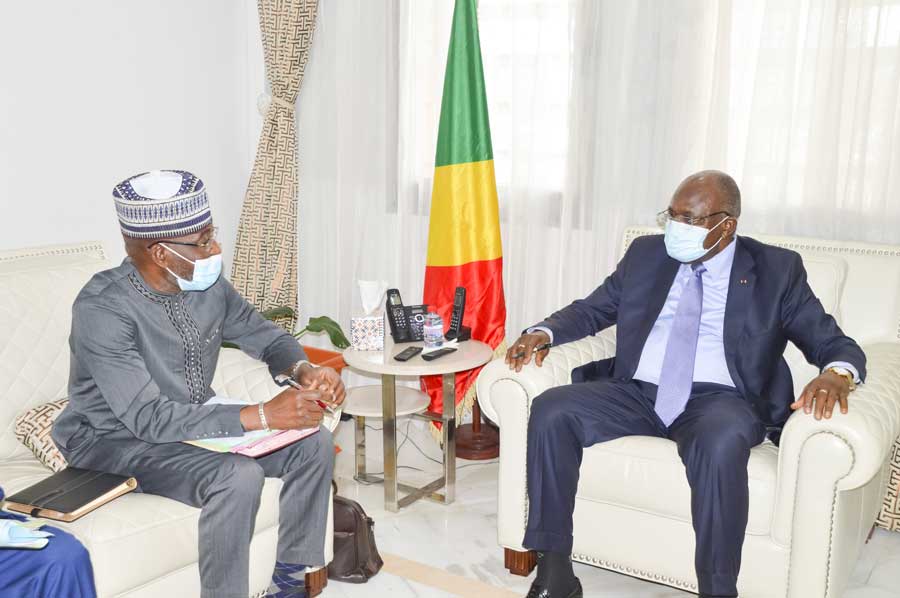