Launching of the work for the realization of economic studies

The technical teams will work on the impact of the reduction of subsidies expenses of oil products; the identification of the growth sectors; and the transformation of the wood
07 Dec, 2022

Jean-Baptiste Ondaye, Minister of Economy and Finance, officially launched on Wednesday, December 7, 2022, at the headquarters of the said Ministry, the work for the realization of three economic studies. In the presence of Mrs. Korotoumou Ouattara, Representative-Resident of the World Bank (WB); Nicolas Million, Resident Representative of the International Monetary Fund (IMF), Opia Mensah Kumah, Representative-Resident of the United Nations Development Programme (UNDP); Franck Mondesir Mbouayila Tsassa, Director General of the Economy and several other guests.

In his speech, the Minister of Economy and Finance emphasized that the interest of the Congolese government in making economic information public is to facilitate decision-making by Government, development partners and national and foreign investors.

The three studies to be carried out by the Government for this information, for which the Terms of Reference (TOR) have already been drawn up by the Ministry of Economy and Finance, cover the following three themes ‘’The impact of the reduction in spending on oil product subsidies on the Congolese economy"; "The identification of growth sectors for the Congolese economy, within the framework of the National Development Plan (NDP) 2022-2026"; and "Wood processing in the Republic of Congo’’.

According to Minister Jean-Baptiste Ondaye, the Government's objective in carrying out these studies is to assess the impact of reducing subsidies on oil products on the economy in order to relieve public finances by acting on oil subsidies; to identify the sectors of economic growth, in order to better identify the factors of acceleration and sustainability of growth, in relation to the choices already made in the National Development Plan (NDP) 2022-2026; and to determine, not only the causes of the insufficient processing of logs, but also to propose measures to enable companies to achieve effective transformation.

"The realization of these studies comes in a context marked, at the national level, by the implementation of the National Development Plan (NDP) 2022-2026 and the Resilience Plan against the food crisis (2022-2023), as well as by the continued implementation of the Economic and Financial Program (EFP) concluded with the International Monetary Fund (IMF) and supported by the Extended Credit Facility (ECF). At the subregional level, this context is marked by the announcement of the entry into force, as of January 1, 2023, of the law prohibiting member states of the Economic and Monetary Community of Central Africa (CEMAC) from exporting timber in the form of logs. And, at the international level, the context is marked by the persistence of the Russian-Ukrainian crisis, which continues to disrupt the supply chains of basic products with, among other consequences, the soaring prices of energy products, including oil and gas’’, said Jean-Baptiste Ondaye.

The various technical teams for the realization of these studies will be set up shortly by memorandum from the Ministry of Economy and Finance, said the Monetary Authority. 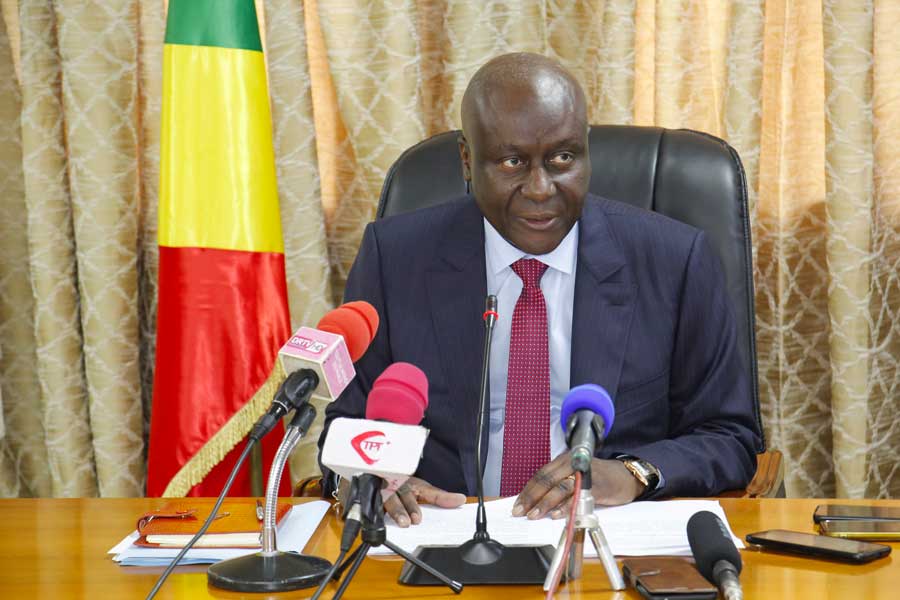