"Out of the 650 billion dollars of special allocation from the IMF to the States of the world, Africa has 33 billion, and Congo-Brazzaville will have its share", Ludovic Ngatsé reassures
30 Sep, 2021

The Congolese Minister Delegate for the budget, Ludovic Ngatsé, represented on Thursday 30 September 2021, his colleague of Finance, Budget and Public Portfolio, Rigobert Roger Andely, at the biannual meeting between African Ministers of Finance and the International Monetary Fund (IMF), represented by its Managing Director, Kristalina Georgieva.

The meeting, which took place in virtual mode, focused on the $650 billion special allocation of Special Drawing Rights (SDRs), which the IMF has granted to all States in the world. Out of the 650 billion, Africa will get 33 billion... And Congo will get its share.

THE DETAILS OF MINISTER NGATSE TO THE PRESS, AT THE END OF THE MEETING

“I represented the Minister of Finance, Budget and Public Portfolio at this meeting between the African Ministers of Finance and the Managing Director of the IMF, to review the economic crisis linked to the current Corona virus pandemic. But also on the IMF's intervention tools in relation to this crisis.

Apart from the traditional tools (such as programmes and special aid), the main one was the special allocation of Special Drawing Rights (SDRs) of 650 billion dollars, which the IMF has granted to all the states of the world. In these 650 billion dollars, Africa has about 33 billion dollars ... And, Congo-Brazzaville will have its share! The Minister of Finance, Rigobert Roger Andely, will come back to the Congolese people to tell them exactly how much and what we can do with it.

It is important to know that this money, for the first time, will be used freely by the States, either to strengthen foreign exchange reserves, or to improve the budgetary space (i.e. to finance the Budget), or to really face the expenses related to Covid-19. But this money will be subject to control, to a form of audit afterwards, and the Minister of Finance has also foreseen that this money will be included in the State Budget, fiscal year 2022, which is currently being prepared.” 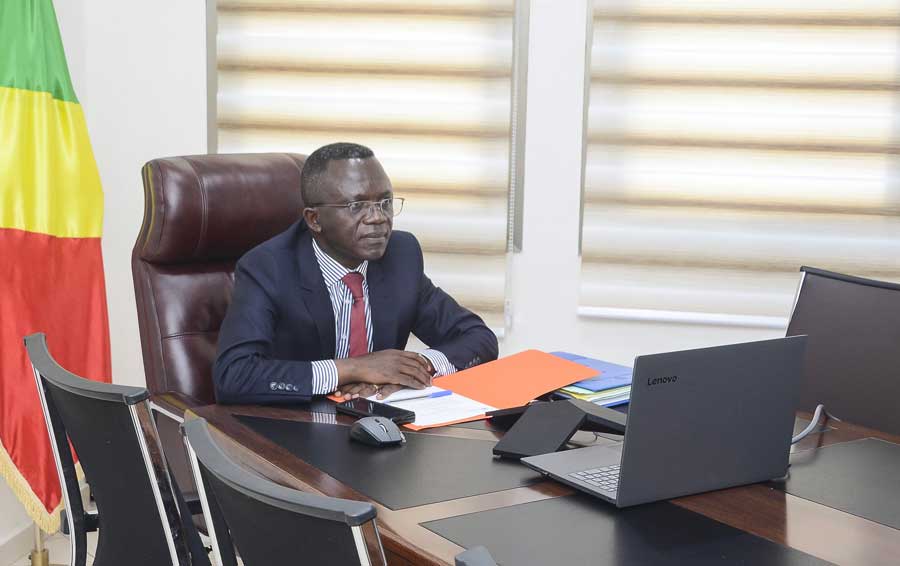