Review of the draft project of the operationalization of the Compensation, Cooperation and Development Fund for Central Africa (FCCD-AC) on the agenda
30 Apr, 2021

The Committee of Experts of the Member States of the Economic Community of Central African States (ECCAS) met on Friday 30 April 2021 in a workshop, by videoconference from Brazzaville (Congo), under the chairmanship of Bernard Ngazo, President of the Bureau. The review of the draft project of the operationalization of the Compensation, Cooperation and Development Fund for Central Africa (FCCD-AC) was on the agenda.

The opening ceremony was held under the auspices of the Minister Delegate in charge of the Budget of Congo-Brazzaville, Ludovic Ngatsé, representing Calixte Nganongo, Minister of Finance and Budget of this country which holds the current presidency of the Conference of Heads of State of ECCAS. In the presence of the President of the Commission of this Community.

In his speech, Ludovic Ngatsé "congratulated the ECCAS Commission for having opted to mobilize the region's driving forces around this Fund project, which is included in the ECCAS Medium Term Indicative Strategic Plan 2021-2025 and in the Priority Action Plan for the year 2021 adopted in November 2020 by the 18th Conference of Heads of State and Government of ECCAS. This project has a special character. The success of other important and strategic initiatives for our Community will depend on the outcome of its implementation”.

The documents examined by the experts will be submitted to the meeting of the Ministers of the ECCAS Member States, which will take place on 5 May 2021.

For the record, the Fund was created to be an international financial institution, whose aim is to contribute to the economic and social development of ECCAS member countries, by financing, in particular, integration projects in all areas of political, economic, social and cultural integration. 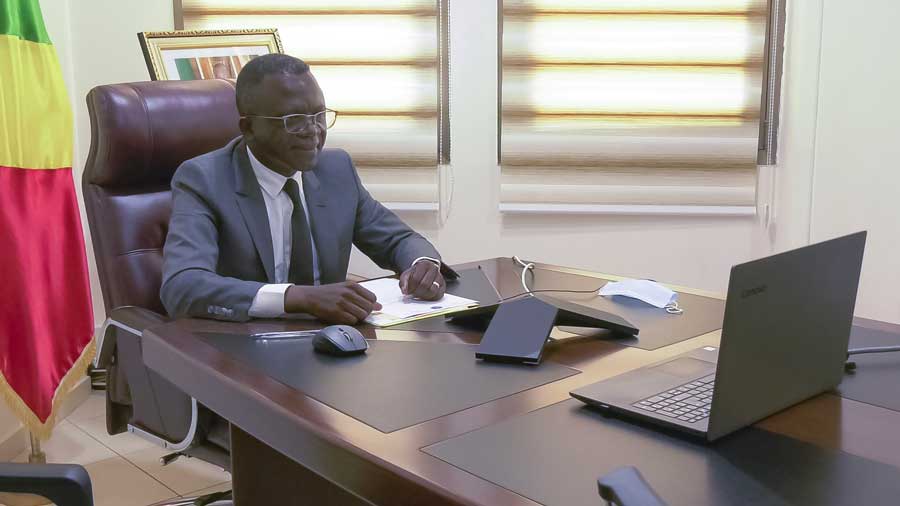