Meeting of the National Economic and Financial Committee (CNEF) of Congo

The National Economic and Financial Committee (CNEF) of Congo met in ordinary session by videoconference on Wednesday, February 17, 2021, at the National Directorate of the Bank of Central African States (BEAC) in Brazzaville. Under the chairmanship of Ludovic Ngatsé, Minister Delegate for the Budget, representing Calixte Nganongo, Minister of Finance and Budget, the proceedings were attended by Abbas Mahamat Tolli, Governor of the BEAC, based in Yaoundé (Cameroon).

On the other hand, in 2021, the situation should improve with a slight increase in real Gross Domestic Product (GDP) of 0.5%, in line with the good performance expected in non-oil activities (+8.1%), particularly in the secondary and tertiary sectors, notwithstanding the continued contraction of oil sector activities (-9.1%).

On the price front, the Committee noted an absence of inflationary pressures, with an estimated annual average inflation rate of 0.0% at end 2020, compared with 2.3% a year earlier, in line with the weakening of domestic demand and international prices.

Examining the various methods of financing the Congolese economy, the Committee noted the following developments as of end-December 2020: First, a 14.8 percent year-on-year increase in credit to the economy; second, an 11.5 percent decline in outstanding loans, notwithstanding their still very high level; and third, an increase in the volume and value of Congolese Treasury issues on the CEMAC (Economic and Monetary Community of Central Africa) open market for public securities, particularly in the Assimilable Treasury Bonds (OTA) segment. It commends the government's efforts to gradually clear outstanding domestic debt through the Brazzaville Club, which has had an immediate beneficial effect on the situation of the banking system and its ability to support the financing of domestic economic activities.

On the reforms undertaken to improve the instruments for financing the national economy, the Committee encouraged the Government to implement the recommendations of the study conducted with the assistance of the World Bank on the introduction of factoring and leasing in Congo. 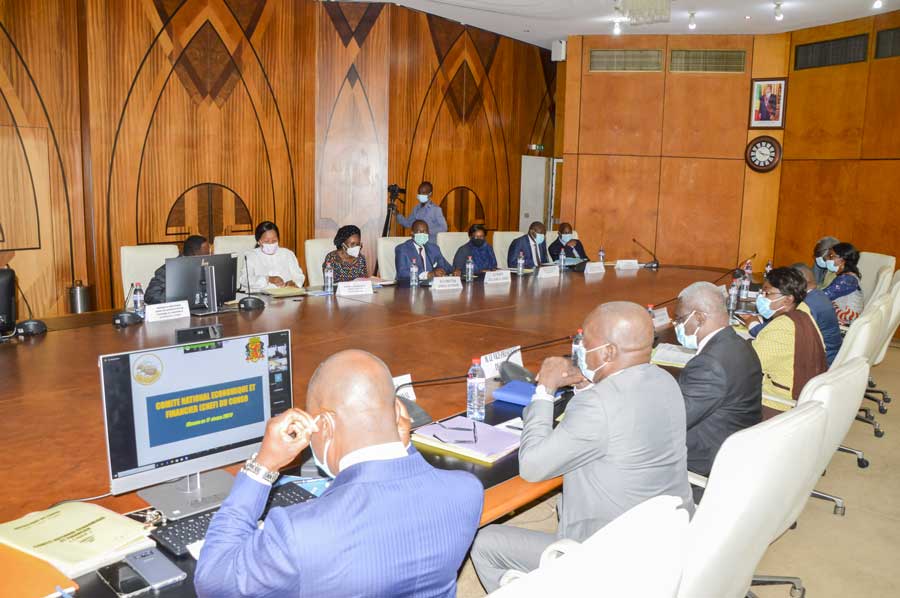