On Wednesday, January 4, 2017, Calixte Nganongo, Minister of Finance, Budget and Public Portfolio, made a surprise visit to the Directorate General of the Congolese Amortisation Fund (CCA) in Brazzaville.

Received by Theodore Ikiemo, Director General of CCA, Minister Calixte Nganongo listened to an introductory statement on CCA’s missions presented by Mr Ikiémo and which was followed by a guided tour of CCA’s premises.

In his presentation, the Director General of the CCA indicated that the organizational structure of this institution no longer corresponded to its original attributions. Hence the urgency to clarify the role of actors and redefine the responsibilities of everyone.

During this visit, Minister Calixte Nganongo saw the working conditions of employees of this supervised institution.

Questioned by the press on the purpose of his visit, the Minister of Finance declared that he was acting on an important aspect of his missions, notably to take stock of a supervised institution charged with paying the State’s debts, to draw lessons and take measures to provide solutions to problems identified.

"According to the report, there are functions which no longer count, even though they are very important." Minister Calixte Nganongo said. 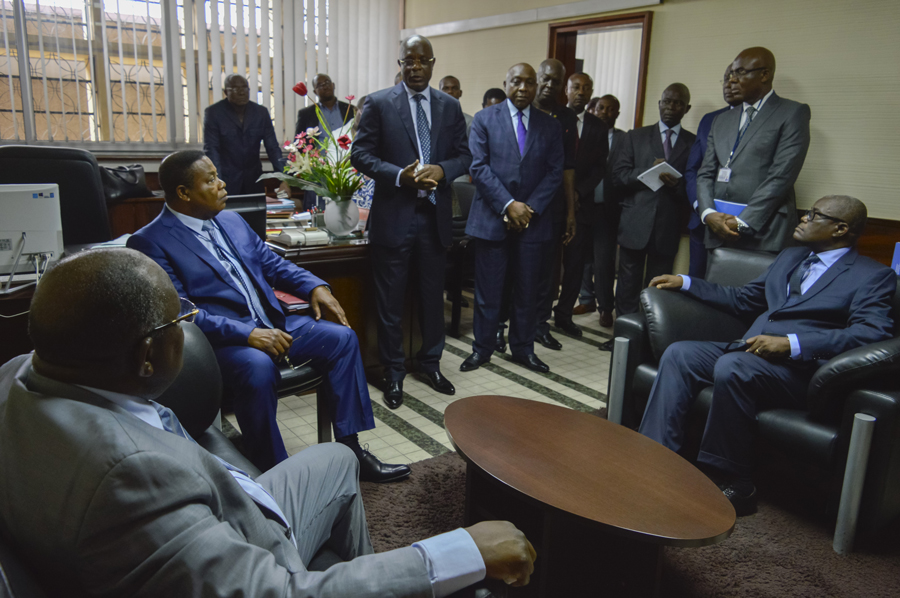