On May 31, 2017, the Minister of Finance, Budget and Public Portfolio, honourable Calixte Nganongo, met with the members of the economic operators of Congo (COPECO), led by its chairman, Paul Nestor Mouandzibi Ndinga. He was with Mr. Jean Paul Matsima, vice -president of the Union nationale des operateurs congolais (UNOC)- Congolese economic operators Union, one of the employer organizations of the country with 400 companies.

The meeting between national economic operators and a minister of finance was the first one to be held in the history of Congo. It took place two weeks after  they  met with Mr. Jean Marie Montsagna, administrative and legal adviser of Minister Calixte Nganongo. The meeting was about the only group claim for the payment of the money due to the economic operators, which amounts to 14 billion CFA francs 790 million CFA francs corresponding to the latest four-year budget year (2012, 2014, 2015 and 2016).

The trade unionists suggested that the debt be paid at maturity date  at the same time as the Treasury pays the civil servants salaries, instead of paying the full amount.

Minister Calixte Nganongo said that the claim of the national private sector is a real concern for the government.

Yet, he asked economic  operators to be aware of the difficulties the Congolese government is facing due to the fact that the budget is no more dependent on the 80% of oil revenues and that oil prices have dropped significantly. Moreover,  due to financial difficulties, the government has given priority to the payment of the external debt  for mistakenly being accused of being in suspension of  payment. But the Minister told them to be optimistic as the financial situation may improve by 2018, as the oil production is expected to double according to the oil companies forecast.

So, the Minister reassured the group by declaring that their case was going to be solved very soon based on the debt clearance plan drafted by his office. The plan recommends an inventory of the debt, a control of the amounts due in order to track bad operators and a reasonable timetable for the debt  clearance. The timetable will be reviewed by both the government and the operators at the next meetings.

In a word, the Minister of finance reiterated his availability to pay off the debt resulting from the works performed by the operators. He is keen on developing  a strong and competitive national private sector. In their turn, the operators expressed their availability to go farther with Congo in its stride  towards development. 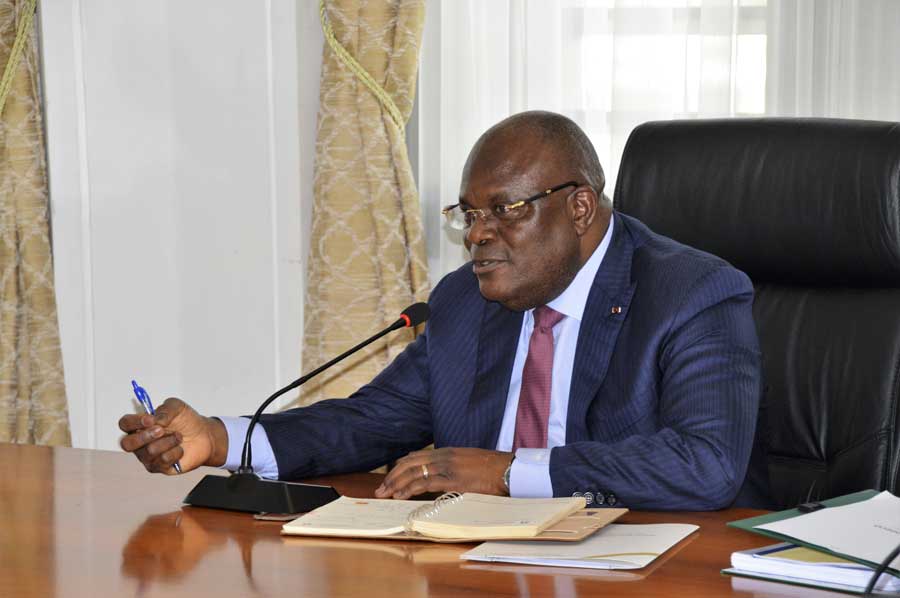