The last quarterly meeting of the National Economic and Financial Committee (CNEF)-Congo, for the year 2021, was held on Tuesday 14 December at the headquarters of the National Directorate of the Bank of Central African States (BEAC), in Brazzaville. The meeting was chaired by Rigobert Roger Andely, Minister of Finance, Budget and Public Portfolio. In the presence of his colleague, Ingrid Olga Ghislaine Ebouka-Babackas, in charge of the Economy, Planning, Statistics and Regional Integration, and Michel Dzombala, National Director of the BEAC and Secretary-General of  CNEF.

Four items were on the agenda, especially the adoption of the minutes of the meeting of 14 July 2021; the state of implementation of resolutions taken during previous meetings; the presentation of notes (on the national economic, monetary and financial situation; on the financing of the Economy; on the adoption of draft texts relating to the registration of credit, microfinance and payment institutions in Congo; on the review and adoption of the draft 2022 budget of the CNEF-Congo); the miscellaneous; the appendices (for example, the note on the activity of the Congolese Treasury relating to the CEMAC treasury securities market; the note on monetary programming and national macroeconomic forecasts; the note on monetary policy and the evolution of monetary aggregates; the note on the Congo's balance of payments in the first half of 2021 and the outlook; the note on the banking system; the note on the Congo's debt; the note on the Congo's relations with international financial institutions; the report of the CNEF Secretary General's mission to Senegal's Observatory of the Quality of Financial Services; and the press releases of meetings of CEMAC's decision-making bodies.

The good news at the end of 2021, according to Mrs Ebouka-Babackas

‘’Today, growth is positive thanks to the non-oil sector. This means that if we diversify the economy, we will have sustained, strong and resilient growth, which will enable us to face the triple crisis that the Congo is going through: financial crisis, economic crisis and health crisis’’.

Regarding the financial crisis, Mrs Ebouka-Babackas said that ‘’there is hope because the government, through the Ministry of Finance, Budget and Public Portfolio, is working to sign a new three-year agreement with the International Monetary Fund (IMF) under the Extended Credit Facility (ECF).’’

As for the economic crisis, she stressed that ‘’the Congo is in the process of finalising its five-year National Development Programme (PND 2022-2026), which will be based essentially on economic diversification, seen as a strategy for resilience to possible oil shocks.’’

Finally, regarding the health crisis, ‘’Congo continues to strengthen its National Response Plan against Covid-19, which was put in place in March 2020. In this regard, the President of the Republic, Denis Sassou-N'Guesso, insists that his fellow citizens comply with the barriers, particularly mass vaccination’’, she said.

In summary, the Minister was pleased that the government now has the necessary response to deal with this triple crisis. 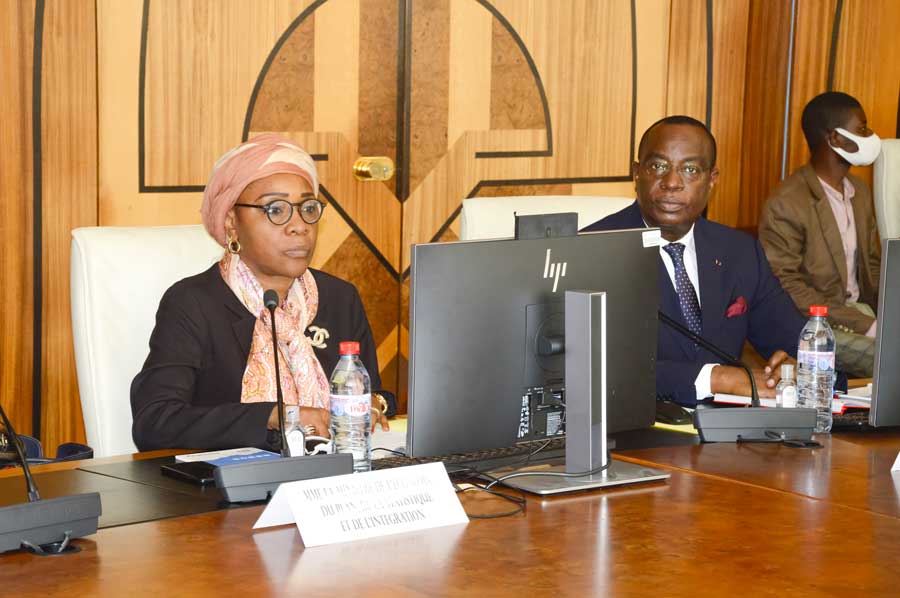