On Monday 7 June 2021 in Brazzaville (Republic of Congo), the Minister of Finance, Budget and Public Portfolio, Rigobert Roger Andely, represented by the Minister Delegate in charge of Budget, Ludovic Ngatsé, opened the works of the evaluation mission of the Action Group against Money Laundering in Central Africa (GABAC).

The three-week GABAC mission, led by Etienne Tabi, is the on-site visit stage of the joint evaluation process of the 2nd cycle of Congo, which began on 5 August 2019 with the Pre-Evaluation Seminar. It will allow GABAC expert evaluators, as well as the Congolese authorities, to exchange on the documents and recommended practices to assess the efforts made by this country in the fight against money laundering and terrorist financing, based on the methodology of the FATF (represented in Congo by the ANIF). This methodology is based on the 40 Recommendations and the relevant Community texts.

"This evaluation exercise will enable to measure the technical compliance and effectiveness of Congo's anti-money laundering and anti-terrorist financing activities,"Gervais Mbata, GABAC Permanent Secretary of, said.

The Republic of Congo is undergoing the joint evaluation exercise of the second round to demonstrate that it is keen to identify its vulnerabilities in the fight against money laundering, and to make the necessary corrections. Not only to bring its mechanisms in line with international standards, but also to take all necessary measures to convince the Global Network of the effectiveness of the measures taken, with a view to minimizing or mitigating them.

Minister Ngatsé informed the audience that "Congo has just adopted law N°28-2021 of 12 May 2021 on the legal regime for freezing assets linked to terrorism and its financing".

It should be noted that the Action Group against Money Laundering in Central Africa, whose headquarters are in Libreville (Gabon), is an institutional body of the sub-region, responsible for promoting norms, instruments and standards in the fight against money laundering and terrorist financing. The Heads of State have assigned the following missions to GABAC: to combat money laundering and the proceeds of crime, and the financing of terrorism; to put in place, in a harmonious and concerted manner, appropriate measures to combat money laundering and the financing of terrorism in the Member States; to evaluate the action and effectiveness of the measures adopted; to assist Member States in their anti-money laundering policies and to collaborate with existing structures in Africa and at the international level. 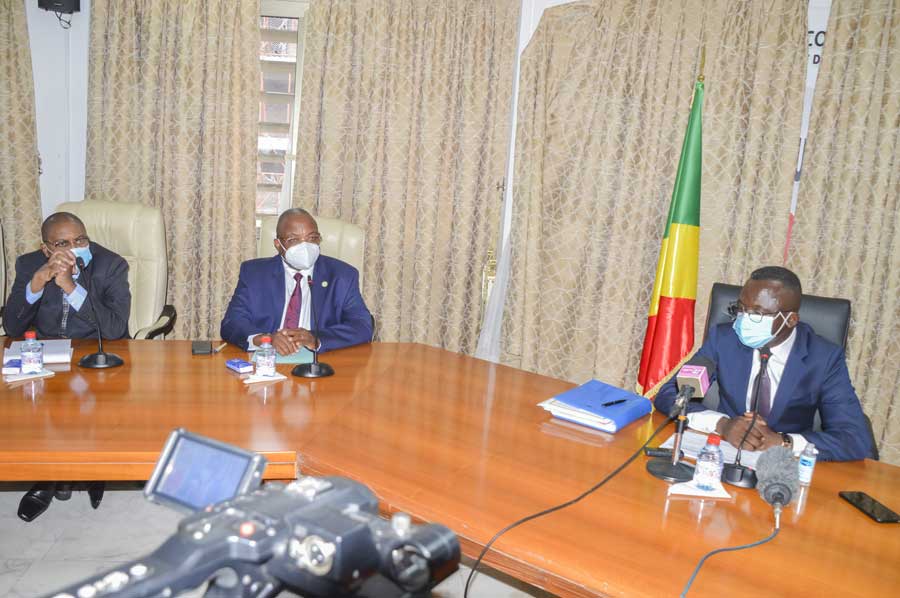