The new Chairman of BDEAC takes office in Brazzaville

Fortunato Ofa Mbo Nchama , the new chairman of the Development Bank of Central African States (BDEAC), a national of Equatorial Guinea, was sworn into office on Saturday, March 18, 2017 in Brazzaville by the General Assembly of the shareholders of the company.

The ceremony was chaired by honourable Miguel Engonga Obiang Eyang, Minister of Finance and Budget of Equatorial Guinea, Chairman of the General Assembly of BDEAC, in the presence of his counterpart honourable Calixte Nganongo.

Fortunato Ofa Mbo Nchama, the new chairman of BDEAC, is taking office at a time when the economies of the sub-region are in trouble due to a significant drop in raw material prices, particularly the price of oil. This has a negative consequence on the good running of the bank. The new chairman is aware that the present situation greatly affects the growth of the states of the sub-region. Taking into account the challenge he has to face, he said that - "in these difficult times for our states, I am strongly convinced that BDEAC will be more and more approached so that it can play its role of counseling and of a development financing institution. In this context, we have to show inventiveness in order to mobilize necessary funds at the national and foreign level for the financing of development projects in the sub-region, funds being specially loans at concessional rates.

In order to successfully take up this challenge, Fortunato Mbo Nchama suggests solutions- strenghtening confidence, image and credibility of the bank and making appropriate strategic choices for a successful involvement of the bank and its visibility. As a matter of fact, he commits himself to draft a new strategic plan for the 2017-2021 period, which will be submitted to the next General Assembly of BDEAC in the months to come.

He also suggests the improvement of indicators of good governance, the promotion of equity, transparency and objectivity in the management of the human resources of the bank. Abiding by the rules of good conduct and the deontology code of the bank, he said, will be taken into account when employment contract will be signed. The culture of merit and professional competition will be developed.

Press Department of the Ministry of Finances 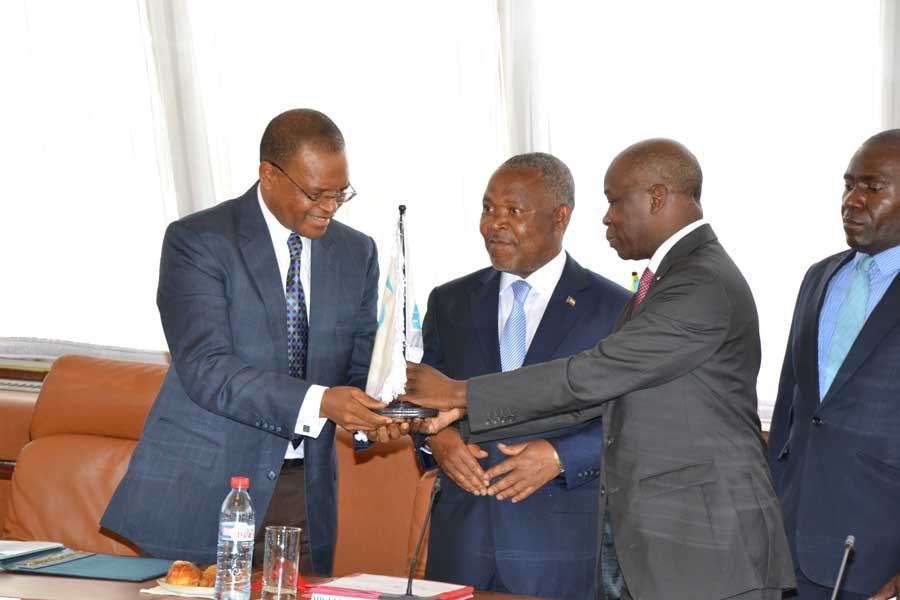