Plenary of the Budget Session at the National Assembly

A plenary session of the budget session was held at the National Assembly on Wednesday 16 December 2020, under the leadership of its First Vice-President, Léon Alfred Opimbat, in the presence of the Minister Delegate for the Budget, Ludovic Ngatsé.

The MPs unanimously adopted, and with amendments, the Report NO.50 of the Economy, Finance and Budget Execution Control Committee on the Amending Budget Bill for the year 2020. Similarly, they also gave their favourable opinion on Report NO.51 of the same Committee on the draft law on the final settlement of the State budget, fiscal year 2019.

With regard to Report 50, the rectified state finance law for the year 2020, as well as the general budget were adopted in the sum of CFAF 1,410 billion 377 million in revenue and CFAF 1,523 billion 680 million in expenditure.

This budget shows a budget deficit of 113 billion 303 million CFA F, increasing the financing gap. The cash flow gap is estimated at 535 billion F CFA. The overall financing gap of the readjusted budget is 648 billion 603 million CFA F. This gap will be financed by various support from Congo's Technical and Financial Partners (TFPs), both internal and external.

As for the second report (No. 51), it was noted that the law on the final settlement of the state budget for the 2019 financial year is set at CFAF 2,067 billion 673 million in revenue and CFAF 1,564 billion 008 million in expenditure, resulting in a provisional budget surplus of CFAF 503 billion 665 million, intended to contribute to the reduction of the budget financing gap. 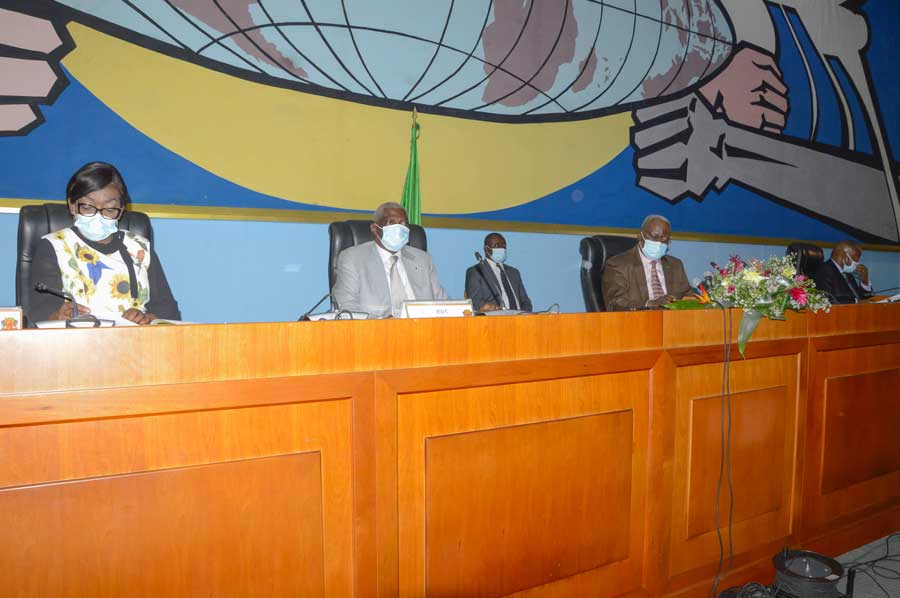