Presentation of the State Finance Bill for 2022 Financial Year

In terms of revenue, this finance bill is designed with cautious assumptions aligned with the projected level of economic activity, on the one hand, on the implementation of reforms and, on the other hand, on the efforts to be made to strengthen the capacity of administrations to mobilise internal resources (...)

In order to achieve these quantitative objectives, the measures to be taken relate essentially to broadening the tax base, strengthening the capacity of revenue collection services, improving the tax environment for business, securing domain revenues and reducing tax expenditure.

With regard to tax and customs revenue, without undermining tax discipline, procedures should be simplified to make it easier for taxpayers to declare taxes and encourage those in the informal sector to leave the informal sector. Tax education and assistance mechanisms will be strengthened in order to anticipate the risks of tax evasion. A tax amnesty will be granted, on a case-by-case basis, to economic operators in arrears with their taxes for the years before 2020. Thus, the following actions will be undertaken, namely:

- Taxation of certain income that remains outside the scope of taxation;

- Finalising the implementation of the tax information system to secure revenue

- Effective implementation of the one-stop shop project at the Port Authority of Pointe-Noire to secure customs revenue and simplify procedures for clearing goods through customs;

- Strengthening mechanisms to promote tax compliance and the system of penalties for fraud in the declaration and payment of taxes and duties;

- Taxation of the informal sector by promoting modern means of payment

With regard to oil revenues, the use of IT tools to ensure the reliability of calculations, the monitoring of the sums recorded and those still to be collected, as well as the relaunch of the process of collecting the outstanding oil revenues due will be required. Particular emphasis will be placed on monitoring and controlling:

- Application of the rules for calculating the oil rights due to the State;

- Quantities of oil marketed on behalf of the State;

- Revenues from production sharing, marketing and other contracts.

In terms of expenditure, the main assumptions include the following:

- The projected level of personnel expenditure in the light of retirements, the strengthening of staffing levels in the social sectors, the rigorous control of remuneration elements and the monitoring of the downward trajectory of the wage bill recommended for the medium term;

- Control of the State's lifestyle, which will be based on the rationalisation of public administration expenditure. At this level, the choices concern the administration's absolute priorities. Expenses related to the missions of State employees abroad, seminars and meetings will be limited, with priority given to teleworking;

- State transfers will increase to take account of local and senatorial elections. However, those directed towards public entities will undergo some changes so that they all participate in the adjustment effort that the Government is seeking.

In order to achieve the various quantitative targets for expenditure, the following measures are recommended, among other:

- Strengthening control over the imprest and petty expenditure funds;

- Systematically send agents who have reached the end of their administrative career into retirement;

- Disseminating the guides for the execution of state expenditure to all ministries and institutions;

- Imposing the bank transfer of salaries for all public employees dependent on the treasury, from the account of the Paymaster General;

- Strengthening the workforce by recruiting teachers and health personnel within the limit of one third of the cost of output.

The non-oil primary balance reveals, if need be, the vulnerability and low resilience of our country's public finances to exogenous shocks. Hence the urgent need to diversify our economy, in accordance with the President of the Republic's social project, “Let's continue the march together”.

The government plans to draw down 131 billion in project loans and 119 billion in SDRs under the special allocation decided by the IMF to support the economies within the framework of COVID. It should be noted that debt repayment remains the thorny problem in financing, as it represents 100% of cash expenses, i.e. CFA francs 857.9 billion.

The closing of this residual financing need should be based on:

- The assumption that the government will relaunch cooperation with development partners, leading to the conclusion of a programme with the International Monetary Fund. The Congo should benefit from facilities likely to provide some solutions to its external debt problems;

- The relaunch of negotiations with all bilateral creditors;

- Recourse to the sub-regional financial market;

- And finally, the rigorous monitoring and firm respect of the Congo's commitments to its various partners.

In addition to this strategy focused on external partners, there are measures designed to strengthen the monitoring of budgetary policy indicators, particularly through the necessary effort to mobilise internal budgetary resources, hence the urgent need to speed up the reforms underway. 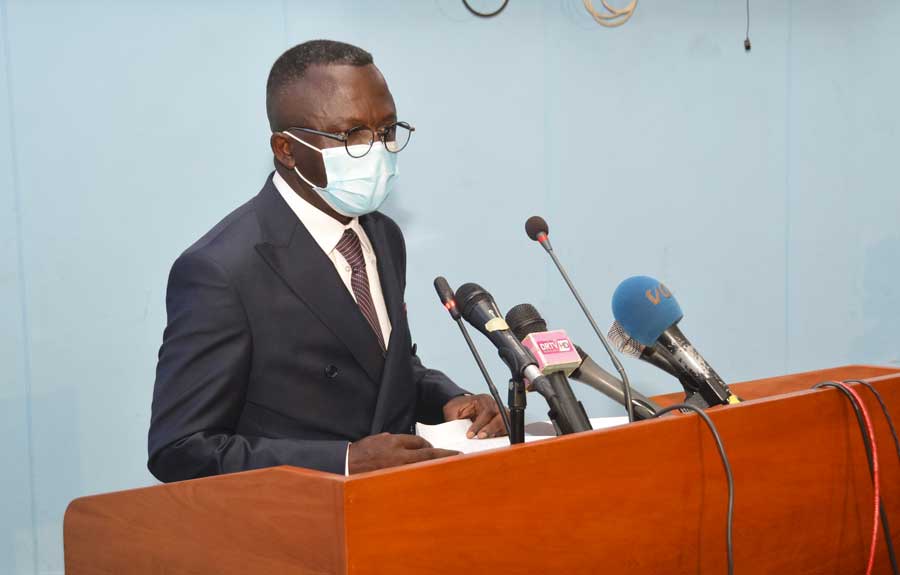