Press conference of the Minister Delegate in charge of the Budget

On Wednesday 21 October 2020 at the headquarters of the Ministry of Finance and Budget, Ludovic Ngatsé, Minister Delegate for the Budget, held a press conference, in front of the national and international press, on the mechanisms for paying the domestic debt. 300 billion CFA francs are available, via the Brazzaville Club N0.1, for the first part.

Four creditors have formed the Brazzaville Club (BGFI Bank, BSCA, La Congolaise de bank- LCB- and Ecobank) to raise the 300 billion CFA francs intended for the payment, by the Congolese state, of the domestic debt, in its two-fold component: commercial and social.

The beneficiaries of this payment are the economic operators whose claims have been validated by the audit (2014 to 2016 and 2016 to 2018). They have each received a Special Certificate of Debt.

However, those whose audit files have been rejected and those who have not been audited are invited to contact the claim and catch-up services to bring themselves into line.

As an indication, this domestic debt, before the audit, was estimated at between 1,800 and 2,000 billion CFA francs. Today it is estimated at 900 billion CFA francs. "The payment of the 300 billion CFA francs has already started with the banks (for the improvement of their situation) and the major economic operators (for the revival of major state projects). There remain the small economic operators (because they are more numerous) and the beneficiaries of the social debt. Within two to three months, this first stage of payment will be completed", declared the Minister Delegate.

The State, the initiator of this operation, has set two essential conditions for economic operators, namely: to reinvest in Congo to revive the economy; and not to transfer this money abroad, so as not to damage the country's external position.

Regarding the discount, the speaker Ludovic Ngatsé estimated that the rate of 15 to 30 % is reasonable, because in the past, the state paid the banks a discount of up to 40 %. It is therefore false to believe that the 300 billion CFA F will benefit only the banks and not the economic operators. Indeed, the four banks, the BGFI has 60 billion in indirect claims; the LCB, 15 billion; the BSCA and Ecobank, 0 billion. In other words, a total of 75 billion of indirect claims out of the 300 billion, explained the speaker.

It should be recalled that the payment of the domestic debt is part of the Congo's compliance with its commitments under the Agreement concluded on 11 July 2019 in Washington with the International Monetary Fund (IMF). 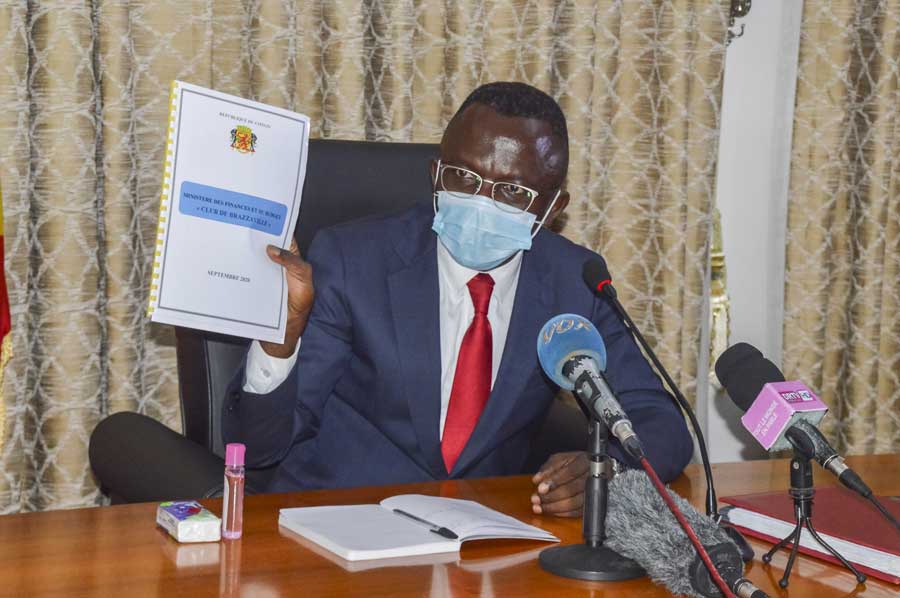