Quarterly Meeting of the National Economic and Financial Committee (CNEF)-Congo

On Wednesday August 17, 2022, a quarterly meeting of the National Economic and Financial Committee (CNE) of the Republic of Congo was held at the national headquarters of the Bank of Central African States (BEAC), in Brazzaville. Under the chairmanship of the Congolese Minister of Finance, Budget and Public Portfolio, Rigobert Roger Andely, who had at his side his colleague Ingrid Olga Ghislaine Ebouka-Babackas, Minister of Economy, Planning, Statistics and Regional integration. This meeting was honored by the presence of the Governor of this sub-regional financial institution, Abbas MahamatTolli.

Responding to questions from the press at the end of this meeting on the evolution of the Congolese economy, Minister Ingrid Olga Ghislaine Ebouka-Babackas affirmed that “the Congolese economy was doing well in the first quarter of 2022, despite the impacts of the Russo-Ukrainian war. The Congolese economy is better off thanks to the non-oil sector and also to the oil sector. The oil sector should contribute significantly to the Gross Domestic Product (GDP), through the numerous investments and the taxation of oil companies established in Congo. Congo’s economic prospects therefore look good. The economic growth of our country is estimated, by the end of 2022, at 1.7%, provided that the war between Russia and Ukraine stops”.

It should be noted that Governor Abbas MahamatTolli took the opportunity offered to him by this CNEF meeting, to present the Congolese Serge Dino Daniel Gassackys, new National Director of BEAC in Congo, appointed on July 22, 2022. He replaces his compatriot Michel Dzombala. 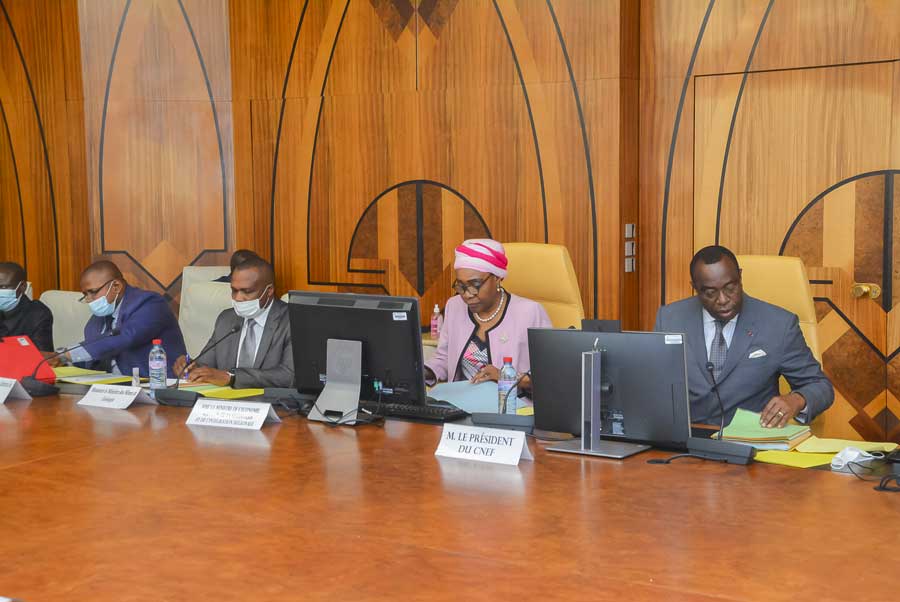